Jessica Molina: Guiding the Next Generation 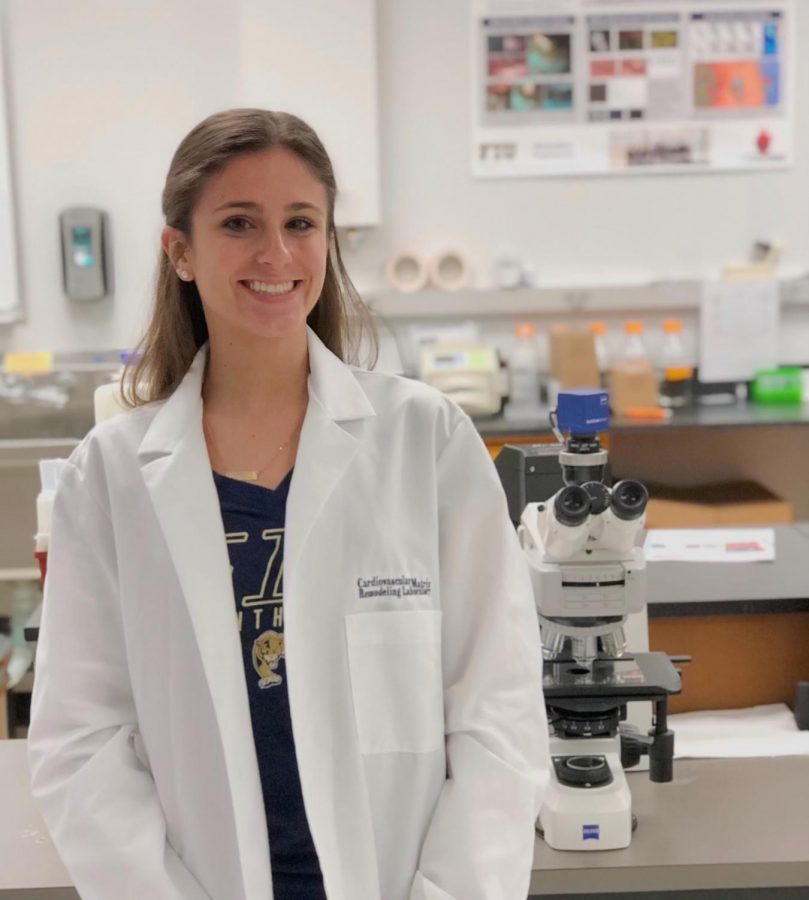 Jessica Molina, also known as Molina's daughter, was one of the guest speakers for the Andrea Jaime Medical Leaders Club who shared her pre-med school journey.

Jessica Molina, daughter of biology teacher Mr. Molina, spoke at one of Andrea Jaimes Medical Leader’s Club meetings on March 23. The guest speaker discussed her journey into medical school and gave tips to students interested in pursuing a medical career.

Molina graduated from Florida International University, majored in biochemical engineering and plans to attend the medical program at the University of Florida. Even though it was not her first choice, Molina chose FIU for her undergraduate due to scholarships that allowed her to attend for relatively less cost in comparison to other colleges.

Molina stresses that involvement is a huge part of college as it makes the whole experience more enjoyable and aids with the application process. Things medical schools would like to see is research, shadowing, involvement in club, leadership and volunteering whether medical or nonmedical, work; essentially they want to see studsents having done something. Not only should students become immersed in their academic experience, but Molina believes one should try to start as early as they can in order to avoid workload piling up.

“Jessica was invited because she provided a unique perspective on medical school, more specifically how to apply. I think, as high school students, we focus a lot on college, but I think it’s also important to keep in mind what you’ll need for medical school and start preparing as soon as possible,” senior Isabella Rodriguez said.

In simplified terms, the process into pursuing a medical career would be to get a degree in any major, become involved, and earn a good score on the Medical College Admission Test. Though easier said than done, the process can have its twists and turns such as setbacks from the application or having a gap year. Molina encourages that no matter the struggle it is important to stay focused on the goal.

Molina shares that the amount of opportunity available as a biomedical engineer offers an abundance of opportunities. It widens the variety of jobs available, whether it be working with the medicinal aspects of the field or engineering. Having knowledge about not only the science aspect of things, but also the machinery is something Molina appreciated during her time working in labs.

Personally, Molina enjoys the science behind engineering more but still worked with mechanical and even electrical tasks. The reason she enjoys biomedical engineering is because she is able to look at a disease and try to combat the disease based on engineering. This major has allowed her to think of specializing in either cardiovascular, orthopedics or pediatrics but is undecided.