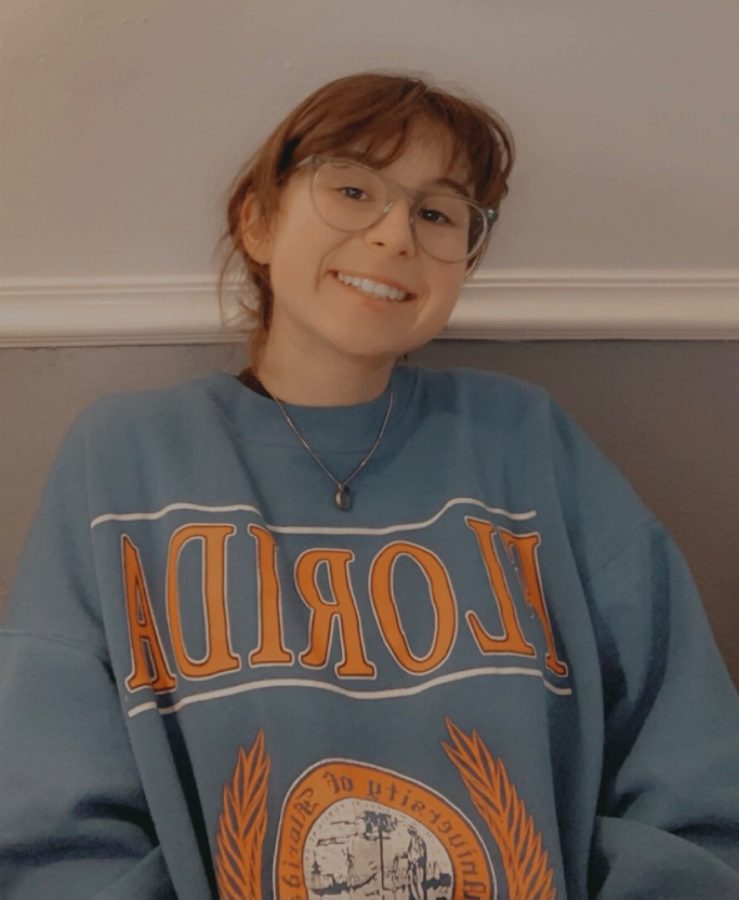 Proudly smiling in her University of Florida gear, it is clear that Grant is ready to be a Gator.

As the weeks pass by, more and more colleges slowly release their decisions for the incoming class of 2025. After lots of anticipation from Coral Gables Senior High seniors, the University of Florida has released theirs. One senior who was accepted into their honors college is Chloe Grant, who is ecstatic and has already committed to UF.

Grant is well known in the Gables community. Since her freshman year, she has been involved in the Speech and Debate Club as treasurer and then president her junior year. On top of that she is a coordinator of the Gables Coral Lab, was on the volleyball team for two and a half years and is currently a board member of Catharsis.

To keep herself motivated, Grant decided to apply to all of her colleges early action. In addition to keeping her motivated, it meant she would be less stressed during the International Baccalaureate Internal Assessment season.

Grant’s top three schools were UF, University of Texas at Austin and the University of Massachusetts Amherst. It was a tough choice since she was accepted into each of the colleges’ honors programs. Ultimately she chose UF because it had the best financial aid, thanks to the Bright Futures scholarship program in Florida. This means she will break even and be able to graduate debt free.

“I think the University of Florida has great programs which allow their students to really become immersed in their practices,” senior Isabelle Barbery said.

One main reason she chose UF is because she is majoring in Microbiology. UF has the third best microbiology program in the nation, which allows her to graduate with both her bachelors and masters in only five years. It even allows her to work on undergraduate research and gives her a chance to be a published researcher if she wishes. UF also has lots of clubs and associations that align with her interests, like environmental protection, crochet and even Quidditch.

To future seniors, Grant emphasizes to not be misinformed about financial aid. Full rides cannot be accepted on merit alone, as parents’ economic status can dictate more that one would think. Now that her journey through the college application process is officially complete, Grant cannot wait to attend the UF in the fall and officially be a part of the Gator Nation.