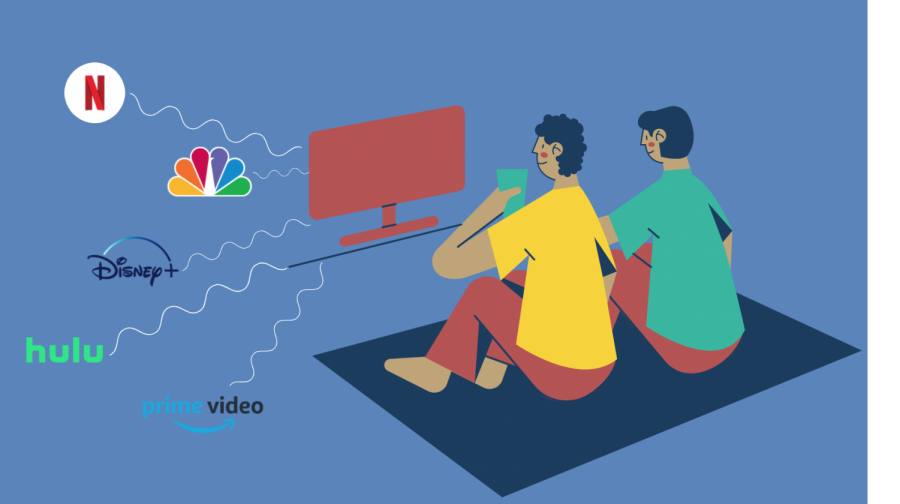 Over the quarantine, streaming services have become more popular and are now used more the cable TV.

Daily life outside of the house was brought to an abrupt halt and for many that also came with time to finally catch up on TV series or movies. As many remained glued to the news and favorite watches of 2020, nearly everything was found on streaming services, like Netflix, Hulu, and Amazon Prime. Today, the amount of streaming services available can replace just about any television channel. The question is whether or not services like cable television and movie theaters will survive post-pandemic.

This paradigm shift already began back in 2017, with more than 20 million people cancelling their cable subscriptions. Every year that number increases. Even news channels have now created their own apps or joined forces with other platforms so their viewers can watch anytime and anywhere. Therefore, watching the news through Cable TV in just one location offered will never beat this newly simplified program.

NBC has recently released their own streaming service called Peacock and other news channels like ABC have created smartphone applications where their viewers can stream and rewatch live and past news episodes. Considering the fact that the number of cable TV users is still dropping, it’s probable that cable TV won’t be accessible anymore in a few years and that TV channels will have switched to streaming services.

However, when it comes to movies and TV shows, there are now over a hundred streaming services offering multiple monthly plans, some without advertisement and access to more shows.These streaming services are bound for repetition; many movies are available on numerous platforms. It is unnecessary for there to be that much competition and for viewers to pay for all of them, if let’s say one service has only one show the rest do not have. To put it into perspective, Netflix, currently being the #1 streaming service, charges $8.99 for their basic plan, $13.99 for their standard plan and $17.99 for their premium plan. This makes Netflix’s standard plan very close to Amazon Prime Video in cost and Hulu, one of the cheapest streaming services out there, with a premium plan of only $11.99. On the yearly, those few dollars do make a difference and might affect the decision for which streaming service to get for some people.

“After the pandemic, I don’t think people will use cable TV as much because everyone has started using streaming services over quarantine, everything is accessible there now and there is no reason to go back to cable TV,” freshman Veronica Montalvo said.

What used to be a place to have the best snacks and watch new movies on a huge screen, movie theaters have either completely shut down or are now struggling to stay open. Since enclosed areas, especially in-door theaters, are hotspots for COVID-19 many production companies have released new movies on streaming services. This has never happened before, so getting to watch a new movie at home and for half the price, has changed the game. Regardless, some movie theaters have started getting creative with this lie renting out whole movie rooms for about 100 dollars for groups to get together. Most movie theaters reopened in September 2020 after being closed in March. Movie theater chains like Cinemark, Cineworld and AMC are close to bankruptcy. Despite the multiple billion dollars in debt, there is still a small chance that movie theaters could survive through 2021.

“I don’t think movie theaters are going to permanently close because I know people still like going with friends and family, so they might reopen when it’s possible after the pandemic, even if it’s more convenient to stay home and watch Netflix,” freshman Sebastian Gonzalez said.

Like many changes this year brought, streaming services have taken over. Compared to satellite and cable subscriptions that can cost upward of $100 a month, streaming services cost $10 or less. The cinematic experience is finally available in the comforts of your home.