Selling Baked Goods for a Good Cause 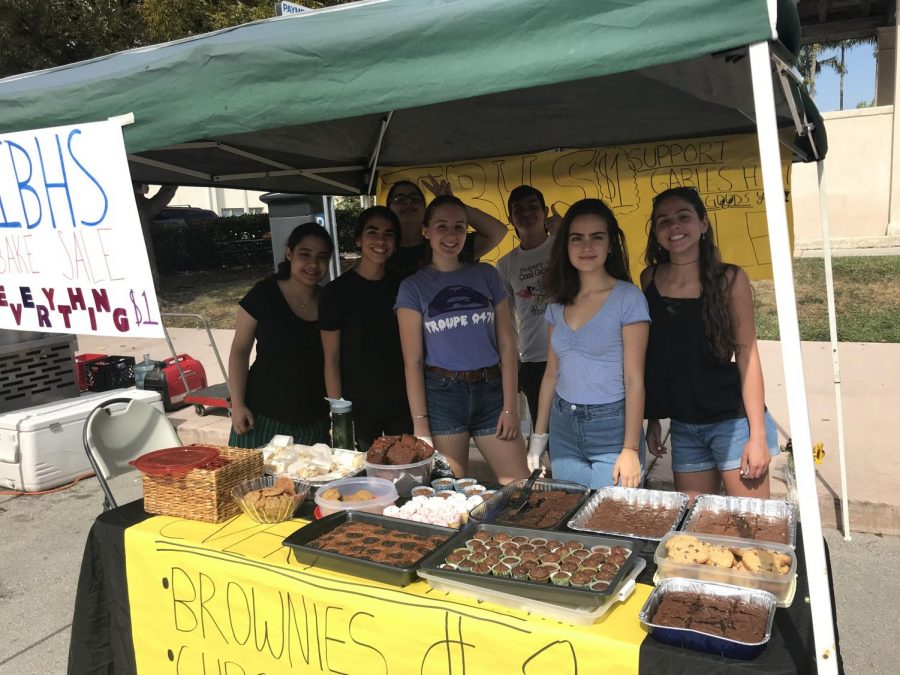 The IBHS board at the Farmer's Market for their bake sale!

Every year, the International Baccalaureate Honor Society (IBHS) chooses a non-profit organization to raise money for. This year, they are raising money for Oberts al Món. The organization is aiming to build a school in Guatemala with the money gained through several methods of fundraising. Bridge 4 Peace, an annual fundraising event, was held at the Coral Gables Museum on March 8 this year.

On Saturday, March 16, IBHS board members gathered at the Coral Gables Farmer’s Market for their annual bake sale as another way to raise funds for the cause. Each member of the board baked a good and brought it with them. Everything at the bake sale was priced at $1. The event started at 7:30 a.m. and lasted until 2:30 p.m.

The members had not been assigned a particular good to bake but the board had agreed on brownies and cupcakes. They were allowed to bake something else if they desired to do so.

“I chose to bake walnut brownies because I love anything related to chocolate and I had never baked brownies before,” junior Mindy Miranda said.

Another inspiration behind the walnut brownies was to create diversity. Miranda believed that different kinds would attract more customers to their bake sale. The ultimate goal was to sell as many products as possible.

Apart from raising money, the IBHS bake sale also served as a bonding experience for board members. They were faced with the opportunity to talk to members of the community but also each other. Bonding only helps to strengthen the dynamic of the board as they all work towards a common goal: raising as much money as possible for the yearly cost. It was a fun event that they all enjoyed being a part of.

“The experience was really fun! We managed to raise over $100,” junior Daniella Berrospi said.

Every member of the IBHS board, every year, does their best to raise the most amount of money for the organization that is chosen to support. They dedicate the majority of their school year to planning the event, reaching out to sponsors, organizing committees with eager students wanting to help the cause and meeting monthly to ensure Bridge 4 Peace is a complete success.