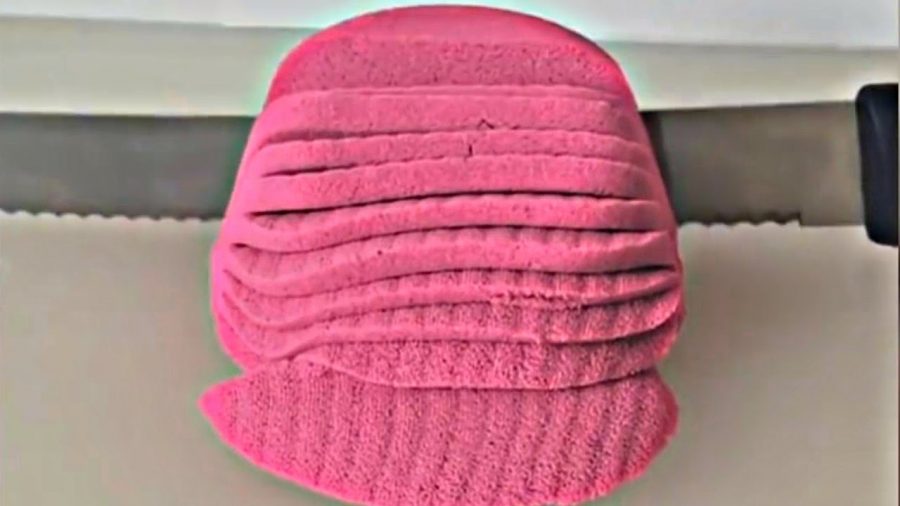 One of the most common materials used in "So Satisfying" videos is magic sand.

It is no secret that teenagers live on their phones. From memes to Instagram and Snapchat accounts, there is no shortage of interesting things to spend hours looking at on your phone. One of the most popular type of accounts across all social media platforms are the “So Satisfying” accounts. These accounts often feature short videos of common household objects like bars of soap being cut symmetrically. While for some people these kinds of videos do not bring any kind of satisfaction, the curious reasoning behind why they are satisfying in the first place is rarely discussed.

Widely known to scientists is the perceived attractiveness of human facial symmetry. In several experiments conducted across different ethnicities and ages, people consistently picked more symmetrical faces as being more attractive. Humans’ love for all things symmetrical extends beyond other humans; people seek out symmetry and order in everything. The love for symmetry can be explained by the Goldilocks Sensation or the “just right” feeling which stems from the activation of the prefrontal cortex part of the brain.

“I love going through these accounts. I can see everything from bars of soap to ballons being cut and expanded in all sorts of innovative ways” sophomore Isa Villarroel said

Although most of these videos feature some form of symmetry, a lot of times they feature common objects like balloons bursting. Balloons will frequently be filled with liquids or foam until they burst, giving almost a sense of relief when they do finally burst. This feeling is similar to the Goldilocks effect but has a deeper rooted cause. Especially in wealthier societies where smart phones are widespread, excessive stress and anxiety are among the most common ailments plaguing people. Anxiety and stress can become so debilitating that some people quite literally “burst” into panic attacks. The thought of bursting or releasing ones emotions is comforting. The need to release, even if it cannot happen in an individuals own life, is sought out which explains why these “bursting” videos are so popular.

Apart from the fact that these videos feature cool colors and objects being physically manipulated in interesting ways, their interaction with the human mind points to the true complexity of human psychology. Interestingly enough, these videos provide the most comfort to individuals who suffer from obsessive compulsive disorder (OCD) a very common mental disorder particularly among teenagers. OCD is characterized by intrusive and uncontrollable thoughts; these videos/images can soothe and even eliminate these thoughts with their pleasant images and repetitive movements.

“Every time I am anxious, I usually go onto social media to calm me down. Seeing pictures and videos like these never fail to make me feel better” senior Eve Adan said

The next time you find yourself scrolling through social media, think twice about how truly amazing these videos and their effects on the human mind.