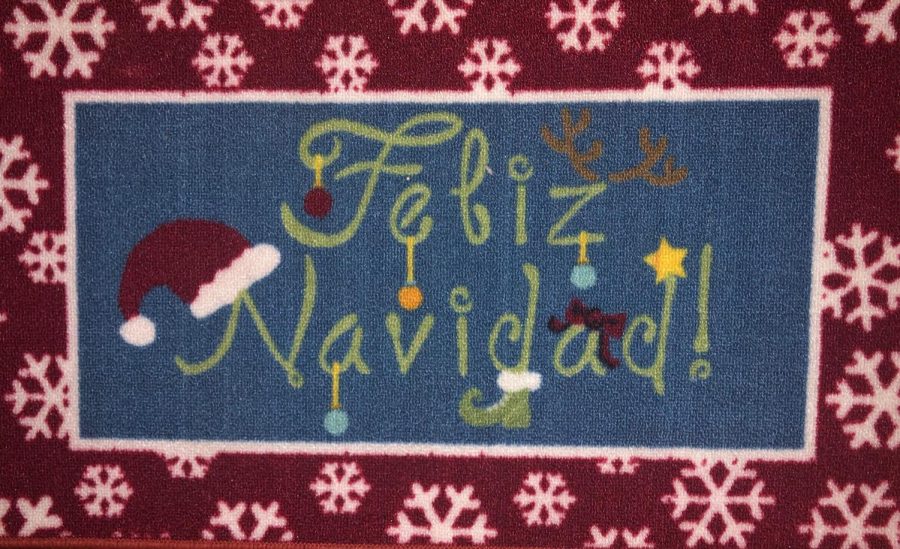 Christmas is the most wonderful time of the year!

Christmas is one of the most important holidays of the year. It is celebrated by billions of people across the world in a multitude of different ways. In the United States and much of the English speaking world, Christmas Day is emphasized more than Christmas Eve. The presents and the festivities are celebrated largely on that day. However, in Latin America and parts of Europe, Christmas Eve is the principal day being celebrated; presents are not usually given. The real gifts come during Three Kings in early January. This difference has produced different traditions and customs for the day being celebrated. In either case, an excellent dinner and quality time with your family is a given.

Noche Buena literally translates to “Good Night” in Spanish and is typically celebrated with a large dinner at night. This dinner can feature a wide variety of different dishes depending on the culture. In Cuban culture, lechon en la caja china is the main event for any respectable Noche Buena. The dish consists of an entire pig roasted for hours on end, seasoned with mojo sauce and an array of other spices. Served alongside this impressive entree are rice and beans and yuca en mojo. This dinner usually lasts for hours, filled with dancing and board games. Roman Catholicism is the dominant religion in the Hispanic world and has embedded an important tradition into Christmas Eve: La Misa del Gallo or Shepherds Mass. This service is held at Midnight on Christmas Eve to celebrate the birth of Jesus Christ. Although the thought of a two-hour Mass after so much food might sound unappealing, it is one of the customs that make Noche Buena a day for family and introspection.

“Noche Buena is always a sight to see at my house. The seemingly endless amount of food and nonstop dancing make it a truly unforgettable night every single year” senior Brianna Fernandez said.

Christmas Day is sometimes celebrated in the Hispanic world, but primarily because it was an American import. Christmas Day in the English-speaking world is the defining holiday in December apart from New Year’s Eve; it focuses on one thing only: lots of presents. The legend of Santa Claus coming down a chimney and delivering presents originated in Northern Europe and was later exported to the United States. Presents found under the Christmas tree is a concept that has been firmly embedded into American mythology. After the presents have been unwrapped, many people have an elaborate breakfast surrounded by their family. The breakfast can feature any number of sweets like cinnamon buns and cakes. After a long day of playing with presents, kids and their families usually go to dinner. The large dinner is similar to Thanksgiving, usually with roasted turkey as the main entree with mashed potatoes and cranberry sauce as side dishes.

“Growing up in the United States to immigrant parents makes Christmas an interesting time. We try to blend our own traditions into the broader American traditions on Christmas. We will have a Christmas dinner with empanadas but then open up presents the next day” senior Nikita Leus-Oliva said.

Noche Buena and Christmas Day are essentially two sides of the same coin. They both are traditionally celebrated to commemorate the birth of Jesus Christ but have evolved into two nearly distinct holidays. No matter which one you celebrate, the memories forged during this time of year will undoubtedly leave a large imprint on your life.