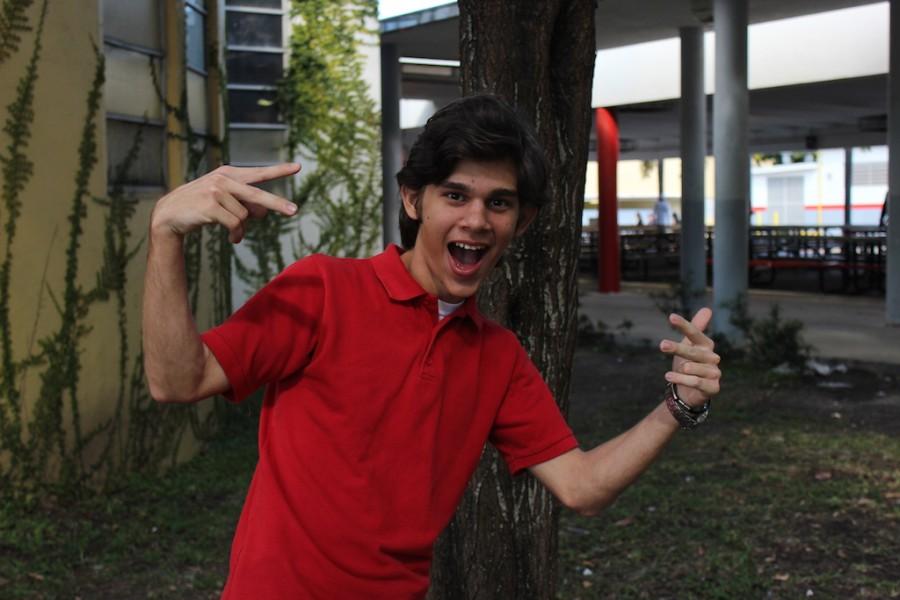 You do not want to miss out on saying hello to Ricardo in the halls - he will certainly strike a pose for you!

Ricardo Castro, an extraordinary senior, made his way to Gables as an ESOL (English for Speakers of Other Languages) student, who later used his perseverance to bring out his full potential.

Castro came to Miami three years ago as a freshman. Adapting to the new atmosphere, culture and language was hardest for Castro when he arrived. Not knowing a word of English, he started to learn at every chance he got. By 10th grade, he was taking Advanced Placement (AP) and Honors classes.

“By 11th grade, my goal was to get into student activities; I wanted to get involved,” Castro said.

He applied for student activities and soon did well at the interview. With his enthusiastic and entertaining personality, it is no doubt he made it.

“I felt like I could become something big. As the first ESOL student to get into Student Activities, I was very happy,” Castro said.

Castro was involved with the Cross Country team as well as the Tennis team. He also writes for the school’s literary magazine, Catharsis, and is an active member of NHS, NSHS, Quill & Scroll and Key Club.

On top of his academic achievements and his initiative to get involved, Castro was nominated as a Senior of Distinction by numerous teachers. He is also the mastermind who thought of playing music on Monday mornings between class bells. In the near future, Castro plans on leading a presentation focused on encouraging students that arrived from other countries to get involved.

Castro will be leaving Gables this year with a legacy. From the minute he got here, his drive for learning and getting involved has ensured him a successful high school career and a bright future.