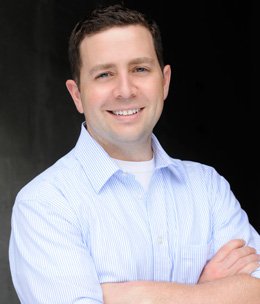 At Gables, we fortunately had the opportunity to speak with Brian Breslin, the CEO of his own business, a leader in Miami’s technology scene and one of the Miami Herald’s “30 under 40 business leaders” during a Pro chat. Throughout the Pro chat, Breslin’s entrepreneurial spirit became very clear – whether he was speaking about his business, which develops software and now has several employees.

Mr. Breslin graduated from the International Baccalaureate program at Gables in 2000, after already creating a series of blogs and a web advertising network, which had made profit throughout his years at Gables. He then went on to study at the University of Virginia and earned a bachelor’s degree in foreign affairs. While this major may come as a surprise considering Mr. Breslin’s technology and business interests, he believes that the most valuable thing that universities gives individuals is the importance of “networking” and “relationships,” rather than specific major-related knowledge. Coming out of university, Breslin started at an office job, but was soon working for himself, scoring his first business agreement with the brother of a friend from high school that is still in place today. Now, his software development firm, Infinimedia, works with several large businesses and has expanded greatly since its start in the 1990’s.

“Ultimately, I decided to start my own company because I wanted the flexibility to create new products and try new ideas without the constraints of a traditional office job,” Breslin said.

Breslin is enrolled in the Executive Masters in Business Administration program at Northwestern University, attending classes at the Miami campus, from which he will graduate in 2016. On top of this, Breslin manages his company.

“My day-to-day job involves a lot of meetings, Skype, and working in project management tools. I focus more on operations and management these days than actual software development,” Breslin said.

Breslin did not just stop at his successful technology firm; he also started a non-profit called “Refresh Miami.” According to its website, their mission “is to foster the entrepreneurial and technical communities of South Florida.” This is achieved through various events showcasing guest speakers with precious entrepreneurial and technical knowledge.

“It’s important to find out what matters to you, and pursue something that helps you have a positive impact in that regard. At the end of the day, we should all be pursuing a life of meaning,” Breslin said when asked for any advice to Gables students.