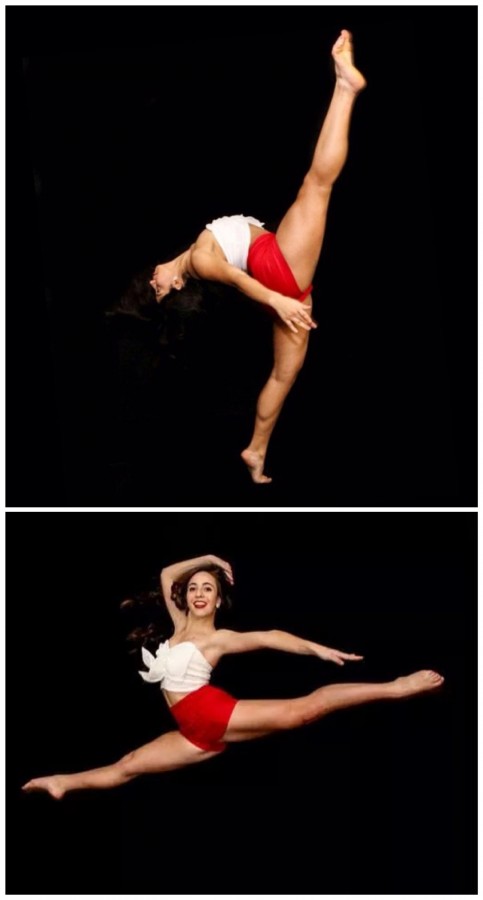 Two captains are better than one! Side by side, senior Gablettes Carolina Cabello and Sofia Sanz de Acedo help lead Gables’s premier dance team. Together, they share the heavy and competitive responsibilities of being the Gablette captains.

Gablette Carolina Cabello was introduced to dance at the age of four when she began to attend a Boys & Girls Club, where she discovered her passion for dance and decided to pursue it. At the end of her eigth grade she auditioned with hopes of becoming a part of the Gablette family, and successfully earned a spot as a freshman dancer. Over the years, Cabello has gained endless once-in-a-lifetime experiences that she cherishes daily.

“I couldn’t picture my high school experience without being a Gablette. It has made me grow so much as a dancer and a leader. Overall all it has been a wonderful experience and I wouldn’t trade it for anything in the world. It’s just kinda sad to think that it’ll all be over in a couple of months,” Carolina Cabello said.

On the other hand, Sofia Sanz de Acedo began dancing ballet at the age of 5, but it wasn’t until 8 years later that she discovered her passion for various styles of dance when she decided to switch studios. Like Cabello, Sanz de Acedo also auditioned in 2012 and accomplished a spot as a Gablette.

“Gablettes & Co. has been everything for me for the past 4 years. It’s more than just a dance team, were a family. Gablettes has allowed me to grow both as a dancer and a person. I used to be so shy, and now I’m a leader,” Sofia Sanz de Acedo said.

As a Gablette captains both Carolina Cabello and Sofia Sanz de Acedo understand that their positions comes at a price, and are willingly taking on their responsibilities. Together they put in endless amount of hours daily helping lead dances and even choreographing some of their own. But the amount of work isn’t of importance to them when it comes to doing something they love for their younger Gablettes.

“I love knowing that I can be a role model to other girls on the team, and lead them to being the best dancers and people they can be. That’s what I love most about being captain, I get to motivate my team, which allows them to grow and our team to bond. It’s definitely a lot of work, but I wouldn’t trade it for the world,” Sanz de Acedo said.

Athough this school year will be Carolina Cabello’s and Sofia Sanz de Acedo’s last year at gables they have to strive even harder than they ever did before in order to prove that they are truly worthy of their recently won titles. Together they are helping to better their fellow Gablette dancers, and will hopefully accomplish in maintaining their team’s national recognition.