Dedicated to the Sport 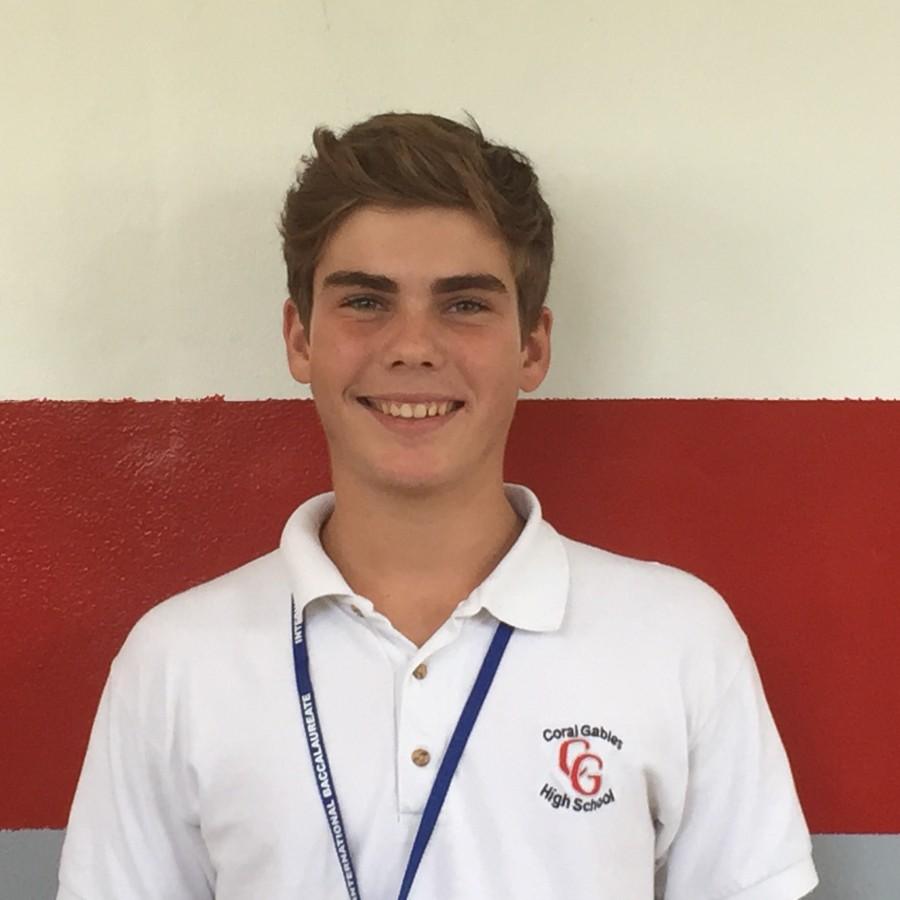 Match point. Daniel Krulig, a freshman, is one of the top tennis players at Gables – and in the state of Florida. After a few years of balancing school and a massive amount of tennis, he decided that he was so dedicated to tennis that he took virtual schooling in his eigth grade year to improve his tennis game.

“I wanted more time to train, I needed more time for competitions, and I was missing too much school anyway,” Krulig said.

Taking a year to practice more tennis paid off, as shown by Krulig’s dramatic increase in his ranking, going from the top 100 in the state to the top 15 in the state. However, after a year of virtual schooling, he chose to come to Gables for his freshman year of high school.

“My tennis definitely improved, but education was hard because you’re all alone when you’re being home schooled. Plus, I felt like I already had the base I needed to keep my tennis at the level it is and keep getting even better,” Krulig said.

Krulig has been playing tennis for seven years and hopes to keep playing for the rest of his life. His biggest goal right now is to make it into a D1 (division 1) college for tennis (Division 1 colleges have some of the biggest sports programs). He also hopes he can become a professional tennis player in the future, but he is trying to focus on one goal at a time and right now, that means working towards making it into a college.

“I want to get into some really competitive levels in tennis and play in them for as long as possible,” Krulig said.

Krulig practices every weekday from 4 p.m. to 7 p.m. and has tournaments almost every weekend. He has won several top tennis tournaments in Florida.  The biggest tournament he has ever been to is the Junior Orange Bowl, a national tournament. He is planning to join the Cavalier tennis team for the spring season, but he will continue to practice on his own.

“My favorite part of tennis is the competition – going to the tournaments, and the mental part of the game. Tennis is just as much in your head as any other sport because you need to analyze your opponent and figure out how to break them down physically and mentally,” Krulig said.

Krulig really looks up to his coach and his mom. His coach has always been there for him in terms of tennis and helping him become the best he can. His mother has always supported him and made sure to help him so that he can achieve his dreams.

“My coach and mom have always supported me in different ways, but they both are the reason why I am where I am,” Krulig said.

Krulig is also involved in many activities off the court. He is a member of the Italian Club and a part of SOS (Save Our Sports) and is planning to work at a pet store and go to Miami Children’s Hospital this summer for community service. He also used to practice piano and became proficient in it.

“I practiced a lot in the past and I even won a competition for one of my music compositions,”Krulig said.

Krulig is one of the great new athletes for Gables – only a freshman now, be sure to expect great things from him in the future.