Traveling the World One Step at a Time 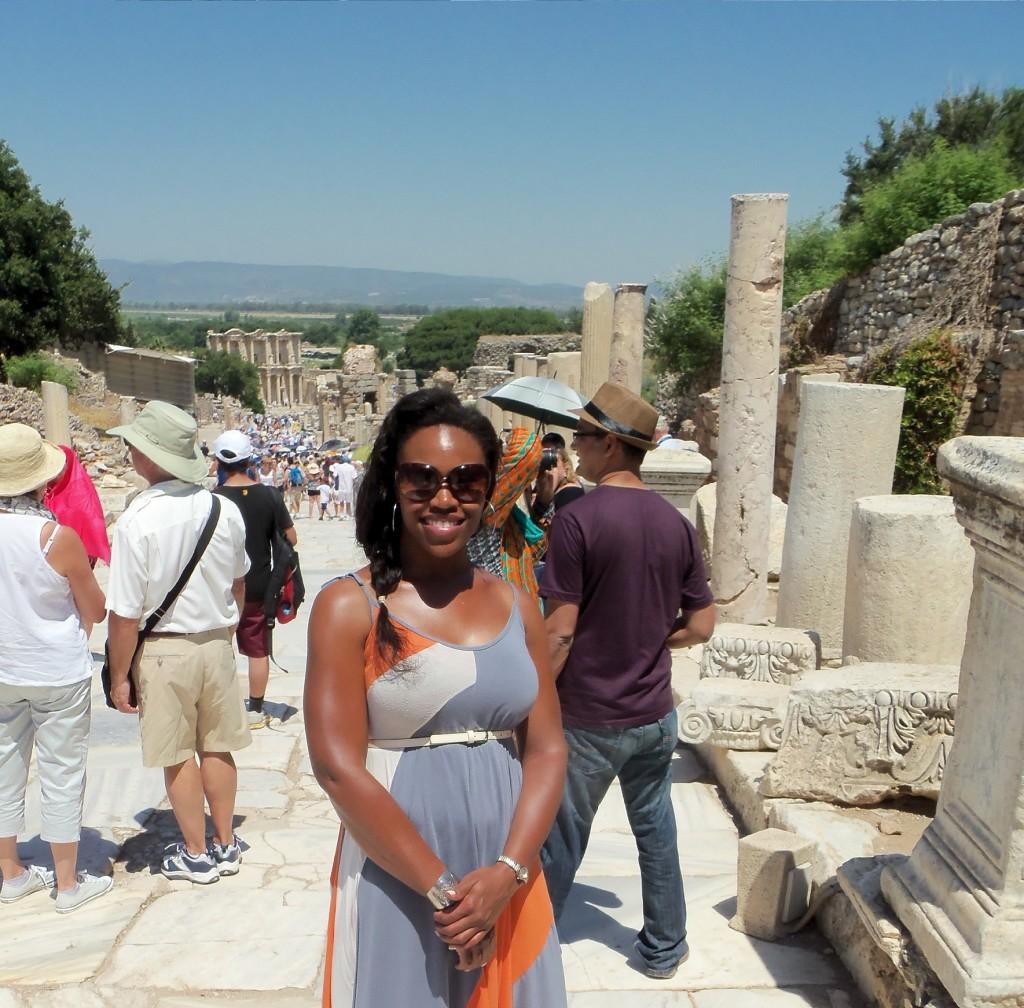 If you have admired the sassiness of the SWA sisters, or have ever attended a black history show, then you have Ms. Smith to thank for.

This Miami native attended the University of Miami with a full scholarship and graduated with a BA in history and secondary education. She is now on her ninth year teaching and educating students at Coral Gables Senior High.

She first taught American History and World History, and has worked her way onto teaching AP United States History. At first, Smith was the only teacher who taught APUSH, but now happily shares that duty with Mr. Cipriani. Aside from APUSH, she also teaches African American History class as well.

“It really allows for a little more open discussion, it’s just not a set class that teaches towards a test. It has more interaction and class discussion, and we get to talk about topics we normally wouldn’t talk about in class,” Smith said.

“They basically planned it, and I only have few acts that I found on my own, but they almost found all the performances themselves. The Black History Show is really nice because the kids get to showcase their talents. Even if they don’t have any talents, they get to showcase themselves. They really embody elements of the black community. I really, really enjoy the show,” Smith said.

In her free-time, when she is not grading DBQ’s nor tests, she enjoys relaxing by reading and watching movies. Her true passion is to travel, she has gone to more places than most people will ever see in a lifetime. Some people like to spend their holidays at home, but not Ms. Smith, her travels span continents and cultures across the globe. She’s traveled to places like Hawaii, New Zealand, Savannah and various places in Europe.

“I am always traveling in the summer, and I am at least in two or three locations during the summer. I’m only here for about three weeks to do a lesson, and that’s it. Last year was Turkey and Greece, this year I’m hoping for Australia and New Zealand,” Smith said.

Ms. Smith has been the sponsor for SWA, the school’s step team, for two years now. The SWA team (Sisters With Attitude) was first sponsored by Ms. Montgomery, who took an absence of leave after getting accepted into Medical School. Having seven AP classes and being coordinator of the Black History Show didn’t give Smith much time to dedicate herself to SWA, but after Ms. Montgomery left, she took SWA under her wing.

“The dynamic of SWA has changed since the founders are gone. They were seniors and they had a different focus, and this group is like their babies. They are realizing their strengths and their weakness, but it’s a different dynamic,” Smith said.

Smith is dedicated to not only teaching her students about the importance of Black History Month, but also pushing them to achieve their highest academic potential.