Christmas Generation List: The Gift That Keeps On Giving 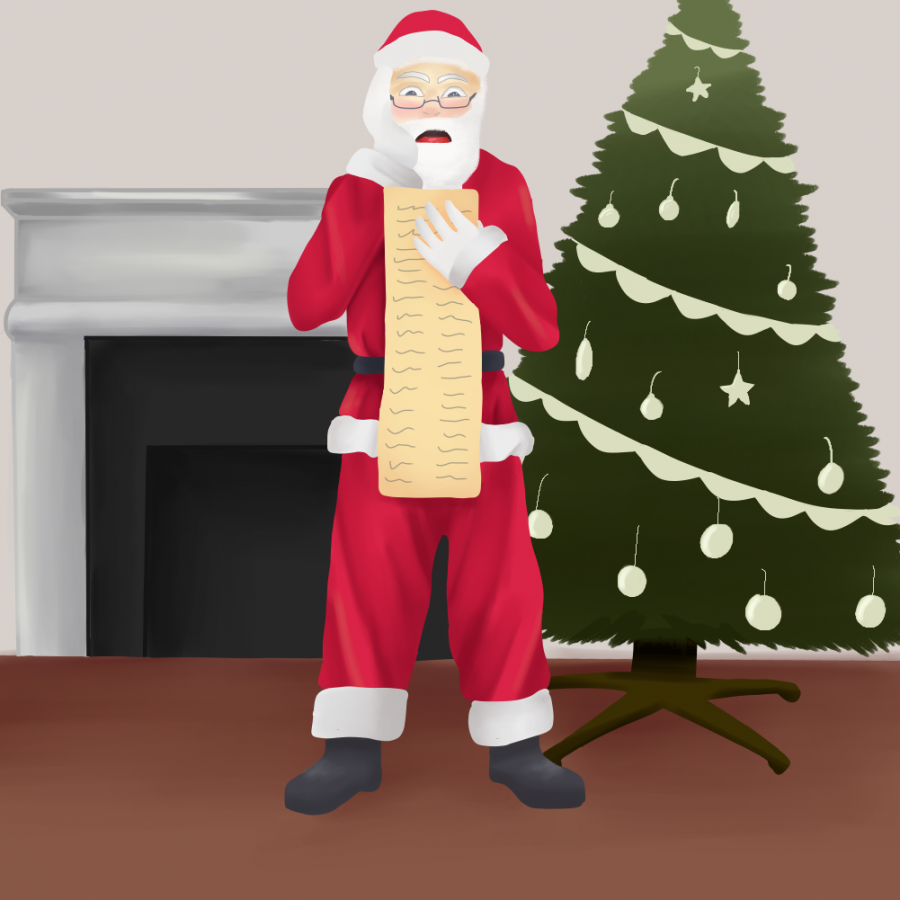 Christmas is a time to be with friends and family and to give to others. Throughout history, people have celebrated the holiday in many different ways. As time has gone on, Christmas traditions have changed, and so have children’s gift wish lists.

From 1980 to 1994, technology was not as widespread as it is now. Instead of the latest electronic device, teenagers would often ask for clothes or self-care products like lotion and perfume. Millennials also loved to have books and mugs on their Christmas list and often unwrapped board games including Monopoly and The Game Of Life.

“When I was younger I remember asking for simple things for Christmas like board games and clothing, at the time iPhones weren’t really popular and it was very unlikely that someone owned one,” said alumna Amelia Estrada.

There is no precise date for when Generation Z begins, but demographers and researchers typically use the mid-1990s to mid-2000s as starting birth years. Gen Zers typically ask for electronics during the holiday staple with Apple Airpods becoming a staple in 2018. Airpods are wireless Bluetooth earbuds released by Apple, which automatically sync to your device. Money is also a common gift; many people like to buy their own clothing or prefer to save for something else. This generation is similar to the previous generation’s focus on vanity, with many people asking for self-care products as well. With all the shiny new electronics, portable chargers make for excellent stocking stuffers.

“I asked for air pods because I wanted some wireless headphones that are portable so that I can take them anywhere,” said freshman Liz Morillo.

Generation Alpha is a growing and lucrative consumer market. Coined by sociologist Mark McCrindle, the term Generation Alpha applies to children born between 2011 and 2025. According to McCrindle, an estimated 2.5 million alphas are born globally every week. This generation is still very young and will probably ask for toys like increasingly popular slime. Bikes are also very common for that age group. Despite the infantile nature of their Christmas lists, expensive electronics like iPads and Kindles routinely make their way onto many lists.

As you can see, each generation has a very different wishlists as these depend on the time and what is popular at the moment. Yet, they all will spend Christmas with their loved ones, which is all that counts. Christmas gifts have changed throughout the years but what has remained is the quality time spent with those you love.