Social Cues Gets the Message 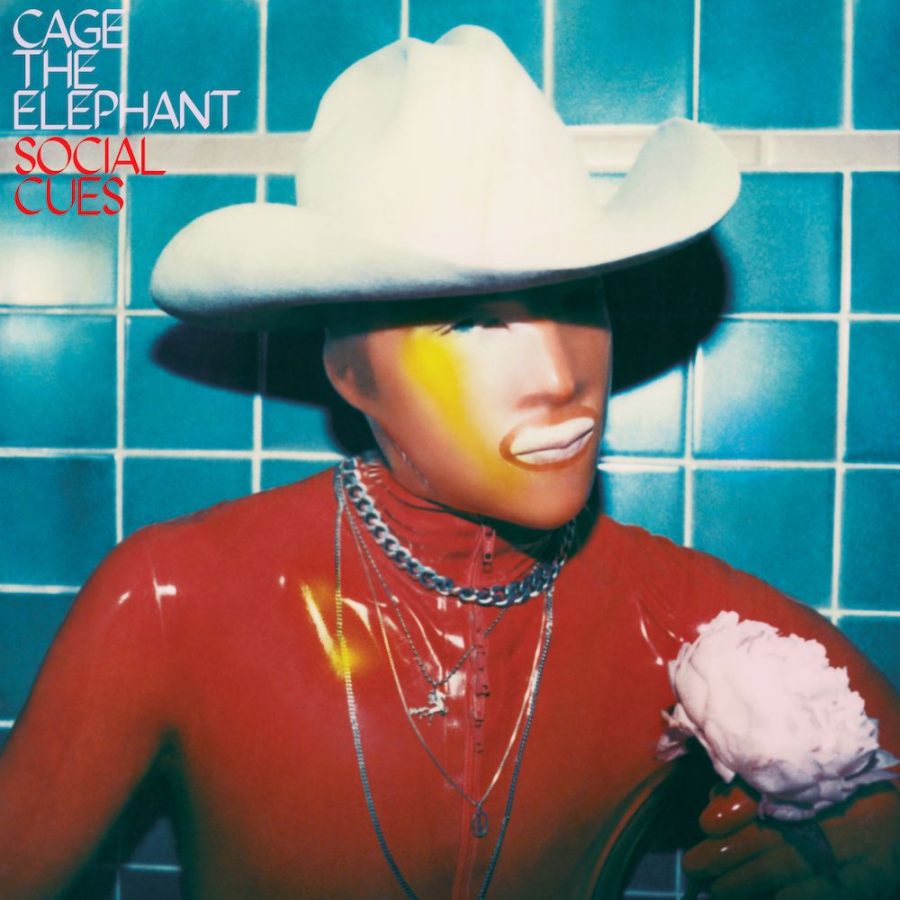 Cage the Elephant is back in business baby! After a Grammy-winning half-flop with their 2015 album “Tell Me I’m Pretty,” CTE has busted back onto the music scene with an album that is, in layman’s terms, a banger. Thirteen songs and 45 minutes long, “Social Cues” is CTE’s dark, heavy fifth studio album. Significantly toning back on the raw, high energy tones of previous albums, “Social Cues” moves to a much darker area of alternative rock, inspired by horror movies and frontman Matt Shultz’s divorce, touching on difficult subjects like depression and anxiety.

“The album spoke volumes in terms of emotion, I felt the presence of joy in the grief of the music; the instrumentation speaks to that,” junior Daniella Berrospi said.

With all that heavy stuff out of the way, let’s talk about the songs. Sliding up a ladder of increasingly less sad songs, the album opens with “Broken Boy” and a deep, foreboding bass rumble leading into Shultz’s signature wail singing about being born on the wrong side of the tracks and being bitten by a vampire, you know, normal song things. Next is the titular “Social Cues”, a song that manages to go over anxiety and depression without once letting up on a strangely upbeat guitar line. Then come “Black Madonna” and “Night Running (feat. Beck)”, the low point of the album, “Black Madonna” being too slow to fit with CTE’s old style of music and not quite dark enough to fit in with the rest of the album. “Night Running” is not a good song, and as much as I like Beck’s solo music, it’s Beck’s fault. A sharp contrast to Shultz’s deep mumble in the song, Beck sounds like he’s in his own song, and didn’t get the memo to sound dark and sad, creating a wacky transition every time the vocals switch, which really detracts from what might otherwise be a decent song. “Skin and Bones,” the next song on the track, is the slower, introspective, song that “Night Running” could have been. The full commitment to a slow song accompanied by an equally paced drum and guitar part gives it a consistent vibe not seen in other songs in the album.

Then comes the album’s second dip with the first two prereleased songs, “Ready to Let Go” and “House of Glass”. The inspirations from horror movies are quite apparent in “House of Glass” sounding like it was made for a horror movie soundtrack, opening with a guitar line that can be personified as a shark, and would easily fit into a movie like “Jaws”. “Ready to Let Go” is by no means a bad song, and is one of my personal favorites, but is practically another album’s extra song dropped into this one, with the only similarity it shares with the rest of “Social Cues” being a heavy guitar, which is also shared with most other CTE songs. “Love’s the Only Way” is another out of place song, soft and sweet throughout, reminiscent of Tell Me I’m Pretty’s “Trouble”. However, it marks the downward arc of the album and its pleasant softness excuses the lack of horror-inspired themes.

Drawing from 80’s horror funky introductions in a disco club or something, “The War is Over” is a funky mix of the aforementioned funk, as well as the necessary token allusion to modern politics. “Dance Dance” keeps the funk rolling, doubling down on the funky and cutting everything else while Shultz shoves the recording microphone three inches down his throat, or so it sounds; another personal favorite. “What I’m Becoming” is next, sounding spooky in its uninspired mumbling, and is clearly the most forgetful song of the album. “Tokyo Smoke,” my absolute favorite song from the album, returns to the foreboding darkness of the first half of the album, truly sounding like the soundtrack to a murder at night in the city, twisting guitar chords into sinister lines, eventually sliding into a depressive mood that melds perfectly into the soft piano of “Goodbye” to close out the album.

While CTE will likely never be known for their variety, “Social Cues” works to put their vast range on display. Completing their arc from raw, shouting, upbeat indie rocking in their first (and best) album, CTE has landed on their feet with a full circle completed, showing they can excel in any niche in their flavor of music they’d like.