Did “the Harder They Fall” Fall Flat? 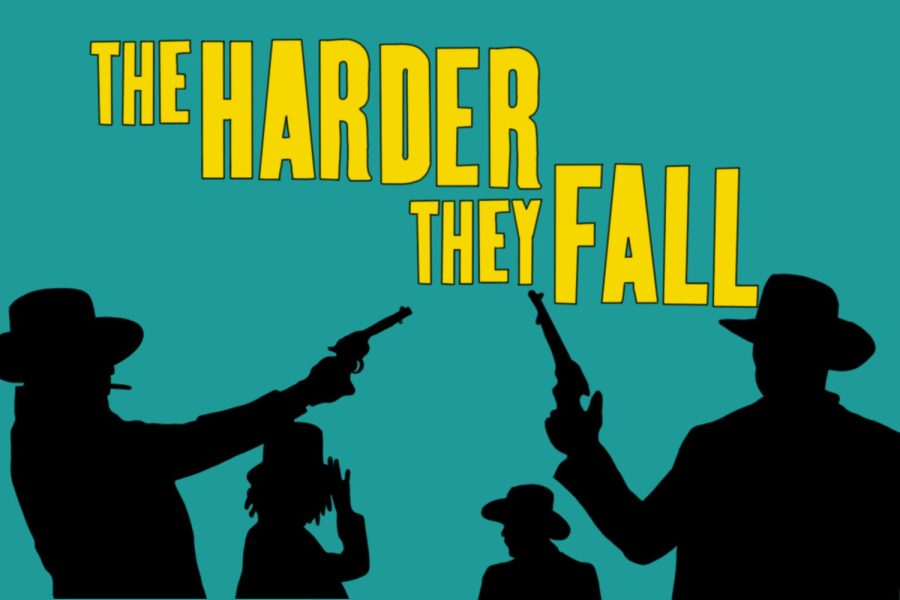 “The Harder They Fall” is a new western inspired movie that made its way onto Netflix’s top 10 list since its release to the streaming platform. In this film, a group of outlaws led by the main protagonist named Nate Love are in search of Rufus Buck, a prisoner who previously killed Nate’s parents, to try and kill him and his group of other criminals.

For viewers, what made watching worthwhile was that the action and fight scenes did not disappoint. The guns in the movie felt very realistic and in every shootout scene, the main group of protagonists fell vulnerable to the people they were fighting. A major flaw in other action movies is that it feels like the main group of characters are invincible and that guns are ineffective against them, but in “The Harder They Fall” this is not the case. There were rare occasions where a character would not immediately die after being shot once which made every shootout believable and improved the overall plot of the film.

The cinematography and soundtrack in this movie were also aspects which heightened its quality. Although it was Samuel’s first movie as a director, it felt as if he had much experience due to the quality of the shots and excellent music choices. One detail which was very subtle but helped strengthen the western tone of the movie was the slight graininess of the camera. This made it feel as if it was shot during the time the movie took place rather than the 21st century. There were also instances where the movie slightly compressed the shots to make it feel like classic western films.

As well as picking perfect shots, the chosen soundtrack was also brilliant. Being a singer-songwriter, Samuel picked an excellent choice of music to play throughout the movie which took old songs and gave them a more modern tone with a remix which displays the difference from this western movie to others.

Although all these aspects of the movie were excellent, the best thing about this movie was the acting. Each actor played their role to perfection and each character felt unique and interesting. The majority African American cast was a breath of fresh air for the genre because Black actors are severely underrepresented in western-style cinema.

“I like this movie a lot but sometimes I found that it was a bit too violent for me so I skipped some of the shootout scenes. Other than those parts I enjoyed the movie,” senior Isabella Flores said.

Despite these positives, the runtime of the movie detracted from its high quality. The 2 hour and 19 minute runtime is too long for the story and after the first hour, the next 30 minutes felt very unnecessary and could have been shortened to about five minutes without detracting from its impact. Despite this slight downside, “Harder They Fall” is practically perfect.

“The Harder They Fall” is a must watch for anyone who is looking for an exciting and action packed movie. Despite it being the first movie directed by the British singer-songwriter Jeymes Samuel, the production of the film was incredible. The cinematography, acting and action scenes felt very well-produced and thought out, making this movie very exciting to watch. Although there are some downsides to the movie, it is an excellent start to Jeymes Samuel’s career as a director.