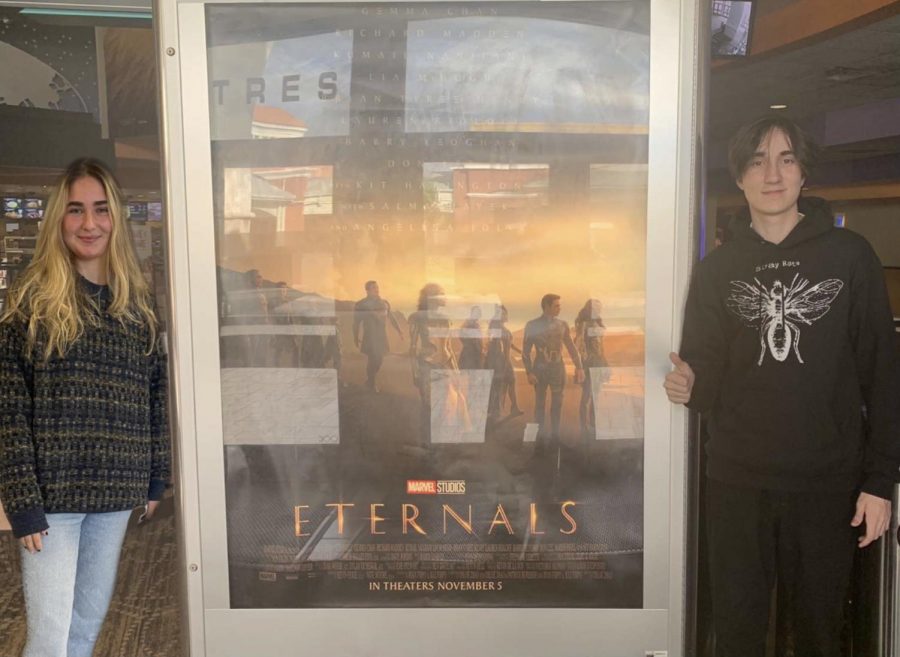 After viewing the film, seniors Lauren Gregorio and Nicholas Calindro pose with the promotional poster.

As the newest addition to the Marvel franchise, “Eternals” is the highly anticipated action film from the complex superhero universe. After witnessing our beloved Tony Stark defeat Thanos  “Endgame”, many viewers were weary of what the newest movies would reveal. Directed by Chloe Zhao, “Eternals” began a new timeline for Marvel, introducing an entirely new set of characters. Of course, this was held to high standards and loud opinions, some in favor of the film and others quite the opposite. Writers Nicholas Calindro and Lauren Gregorio shared their opinions on the polarizing new film below.