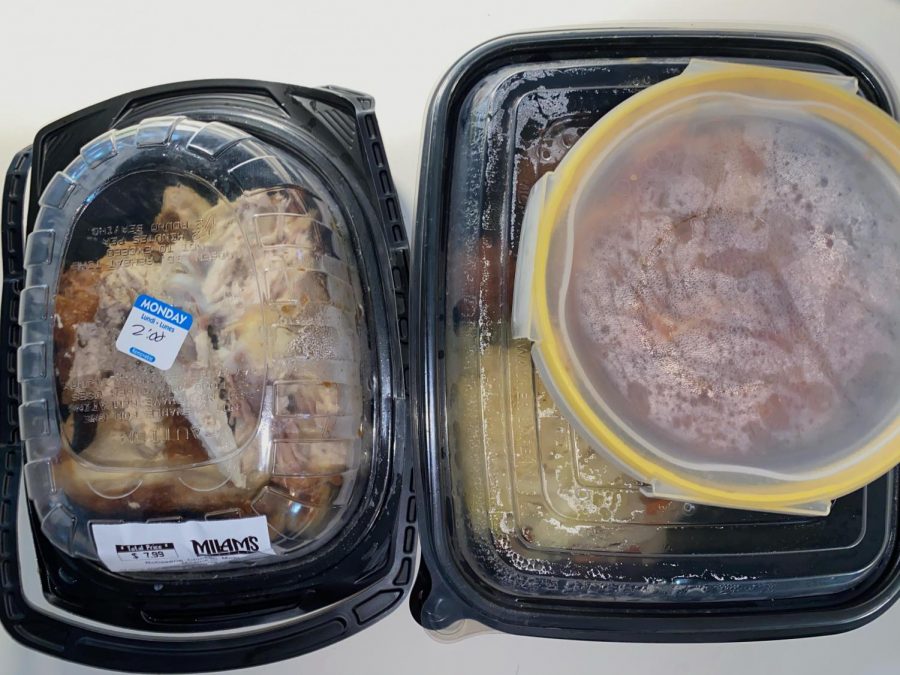 Leftovers can be used to make elevated dishes, as seen in the show 'Best Leftovers Ever.'

In times like these where things have been quite different than usual, people have had no other choice but to stay home as much as they can in an effort to protect themselves and others from getting COVID-19. Whereas life before COVID-19 was full of dining out and eating well, the virus has caused people to just make do with what they can. Because of this, eating at home is becoming more prevalent for many families. One commonality of eating a lot of home cooked meals is the aftermath of leftovers, leaving many home cooks wondering what to do with them. Luckily for them, Netflix has provided its users a solution through the show “Best Leftovers Ever,” a cooking competition that may just help spark new ideas.

The show has one season so far on Netflix, eight episodes, each around 30 minutes. In each episode, three home cooks compete in two different challenges where they have to use leftovers given to them by the host and elevate them into a new and improved dish. At the end, the cook with the overall best performance in both challenges goes home with a “cash-erole” of $10,000. Some of the challenges given to the chefs in the show have been to create a fancy dinner out of barbecue, or an elevated dish out of game-day appetizers.

Watching the contestants make amazing dishes out of leftovers that can be found in anybody’s home is very impressive, as one might never have thought of making a beef enchilada out of day old sliders, crudites and seven layer dip. The cooks in the show extreme amounts of creativity and always seem to surprise the judges with what they are able to put together.

“Best Leftovers Ever seems to be a very unique show that isn’t like any others I’ve heard before. My curiosity would certainly pull me to watch this show to see what it’s about,” said sophomore Sofia Rodriguez.

Not only is watching the show entertaining just for the mere fact that it is quite impressive what these contestants can do, but it can also be super useful for viewers who have leftovers but are looking to change things up. Though the show does not give recipes per se, it gives viewers many ideas if they want to follow in the contestants’ footsteps and turn their leftovers into next-level meals. The series also has lots of variety in the dishes that are made. From Greek food, to American, to Mediterranean, the chefs on the show produce all different types of cuisine, so viewers can be sure they will most likely find something they will enjoy.

“I’d be super interested in watching Best Leftovers Ever. I think it’s going to be so entertaining to watch and they’ll probably have really cool meals that they make that can give people ideas on different things to make at home,” sophomore Alejandra Torres said.

Though the concept of the show itself is pretty incredible, it could have been better in some areas. For instance, at times, the show can be quite slow. The episodes are 30 minutes, but sometimes it may feel like they go on for much longer, as the series can be found to be a little boring throughout. And although the show revolves around cooking, a lot of the time what viewers are seeing is the judge’s side conversations that are not all that funny and, quite frankly, can make one lose interest pretty quickly. The show also does not have any eliminations, so it is missing that captivating factor, as well.

Regardless, though, the series is pretty enjoyable. It is light-hearted, silly, but also entertaining and useful. In addition, the aesthetics of the show are super pleasing. The set is remarkable, as it has enlarged versions of kitchen items as furnishings. For example, the judges’ table is made to look like pieces of tupperware stacked on eachother. The entrance to the set is an open chinese food container where people walk through the opening. Not just the set, but the editing itself is cool too. Animations of the plate the contestants are making pop up with visuals of what each part is, allowing viewers to envision the meals before they are even made.

Overall, “Best Leftovers Ever” is a fun, light-hearted and useful show to watch. It involves the competition aspect to keep it entertaining, but can also provide viewers with lots of ideas for how to turn their leftovers into delicious and innovative meals.