Crime Scene: The Vanishing At the Cecil Hotel: Full of Gaps and Conspiracies 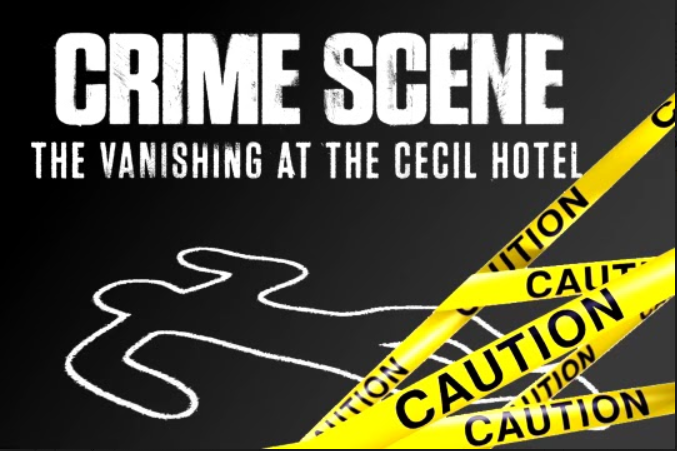 The Cecil Hotel was known for its mysterious disappearance as well as a rest-stop for the infamous serial killer, Richard Ramirez also known as the Night Stalker

Netflix’s new crime series, “Crime Scene: The Vanishing at the Cecil Hotel” delves into the mystery of Los Angeles’ infamous hotel and the sudden disappearance of Canadian student, Elisa Lam. Lam traveled on her own to the hotel and was found 19 days later in a water tank. The only video evidence they have is of an elevator, showing eccentric and erratic movements.

This series was horrifyingly long and drawn out. It is four hours, but so unbelievably uninteresting that it feels like a waste of time. It resembles more a Shane Dawson conspiracy video than a Netflix documentary. Much like “the Night Stalker”, there were moments where the dramatization did more harm than good, but at least “the Night Stalker” based itself around facts and first hand accounts. They told us the basics: Elisa Lam, Canadian student who was an avid Tumblr poster, found dead in a water tank after some guests complained about the taste and smell. The rest of the series revolved around the internet and all the crazy conspiracy theories people came up with. YouTubers would come on and make outrageous claims without any sort of validity or indication that anything they are saying is true. There was little on the investigation itself and they left a bunch of stuff out, like the tank lid being found wide open. There honestly is more information offered by a Buzzfeed Unsolved video.

“The whole plot was uninteresting. It lacked facts, it was a complete waste of time.” freshman Rocio Lopez said.

To make it worse, these “internet sleuths” had little to no respect for Elisa Lam and her family or anyone else even remotely involved with the case. These conspiracy theorists would scroll for hours through Lam’s social media just to look for something to base their claims off of, visiting her gravestone just to photograph themselves there, and even went into detail about a confirmed false suspect, Morbid. Morbid was a vlogger who had been at the Cecil hotel 12 months prior to Lam’s death and was in Mexico when she passed. Yet, the show proceeds to go in this direction, only to mention at the very end that Morbid never killed Lam and in fact, received so many threats because of this false accusation that he attempted to commit suicide.

“I would have liked the series to get more in depth on Elisa Lam. We barely knew what happened to her until the last episode. It focuses more on theories that didn’t matter, like the one where she was sent from the government, which I thought was really disrespectful.” freshman Rosibel Garcia said.

To top it all off, the series wastes their viewers’ time for 3 entire episodes and then finishes with a huge, “Hey, did you know… everything we just showed you is probably a lie and she most likely accidentally drowned herself.” Elisa Lam was diagnosed with bipolar disorder and there was sufficient evidence to confirm that it was likely an accident which occured during a psychotic episode. The professional psychologist that had the access and the knowledge to inform the viewers of this situation and what it means got no more than 15 minutes of airtime. This could have easily been turned into something more helpful and meaningful. The directors could have easily decided to inform us on mental illnesses, how to recognize the signs, and how to respond to those signs. But, they did not. They instead chose to turn it into this tabloid full of people who exploit an innocent girl’s death.

Dear Netflix, suspense is not better than the cold hard facts when it comes to docuseries. Elisa Lam and her family deserved better than a four hour long mess where a bunch of strangers pretend to know everything. The series definitely could have taken a better direction.