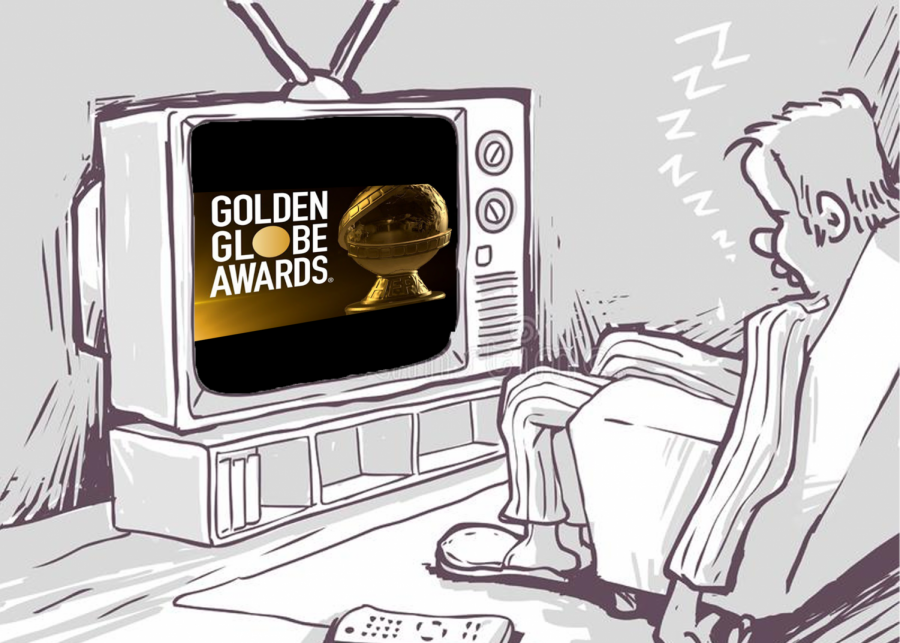 The Golden Globes was quite the snooze-fest with its lag-filled speeches, dry jokes and dull atmosphere.

Award shows are a staple of American springtime: people from across the country tune in to see the best and worst dressed celebrities while in anticipation of each ceremony’s biggest honors. The Golden Globes, one of the most popular award ceremonies for film and television, adapted its usual traditions to fit the COVID-19 guidelines. Unfortunately, this year’s iteration was poor, leaving many to wonder why this was such a forgetful experience.

The event was hosted by award winning comedians and actors Amy Poehler and Tina Fey who have been known to be one of the greatest comedic duos of our time. In order to practice social distancing, the hosts themselves were in separate locations, Poehler being in Los Angeles and Fey in New York. They made light of their separation and the unusual circumstances in order to make it feel normal. Unfortunately, it seems like their attempts fell flat.

The opening monologues for the respective hosts were filled with awkward jokes, including digs at directors, popular shows and their own supervisors. The lack of audience did not help their cases either, as one liners either came out as witty or just plain weird.

The first award granted was an indication of how the night would go, as David Kayuula delivered his acceptance speech muted for the first portion. Didn’t months of planning go into such a prestigious show? How could something like this happen? Another minor gripe was that the actors talked during the clapping audience sound effect. Several more actors were also cut off both on camera and audio. Yes, that is right, the errors were not even fixed after the first time a technical mishap happened.

“Personally, the fact that I have not been able to really delve into new movies this year diminished my care for the Golden Globes,” sophomore Jon Trueba said.

In terms of the winners, one of the few heartwarming moments of the show was the awarding of the late Chadwick Boseman as best actor in a drama for his role in “Ma Rainey’s Black Bottom.” Boseman was best known for his headline-making role as King T’challa in Marvel’s hit movie “Black Panther.” He tragically passed away late last year after a prolonged and private battle with colon cancer. The award was a tear-jerking moment as Boseman’s widowed wife accepted the award and delivered an emotional acceptance speech. “He would thank God. He would thank his parents. He would thank his ancestors for their guidance and their sacrifices,” Taylor Simone Ledward said in her heartfelt acceptance speech on Boseman’s behalf. It seems that this was the most significant highlight in the 2-hour show of background noise.

The 2021 Golden Globes was found boring by most people. It gained the worst ratings it has ever had in recent history and was only viewed by a third of its viewing audience last year. Jokes had little reaction, internet connections were not stable and the show was not immune from the average technical issue. Next time, they should take advice from Gables’ online school because it runs smoother than whatever happened that night. The event seemed poorly managed, with far too many awkward moments for the standard of a well known award show. Its poor performance only reiterates that, even though we all try to find some sense of normalcy, nothing can really replicate the feeling of human interaction.