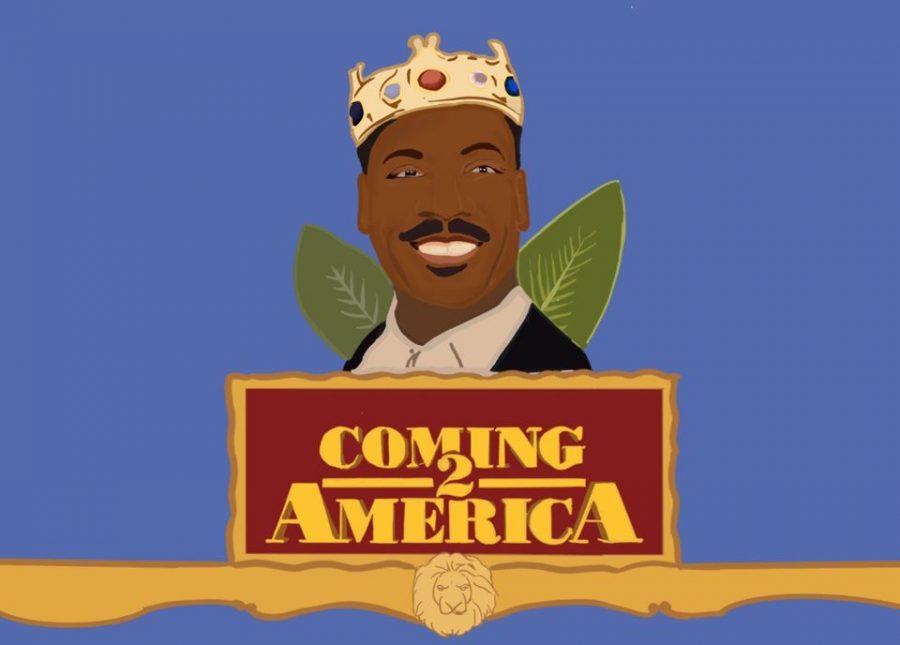 Coming 2 America is a sequel to the beloved original film that came out in 1988. The pointless nature of this sequel continues into the movie, which remains terrible throughout.

After more than 30 years, the unnecessary sequel to the beloved “Coming to America” was announced and later released. Taking place in Zamunda, a fictional nation in Africa, King Akeem builds a relationship with his long lost son from Queens. The movie is an insult to the movie industry and its decades of progress, with the film seemingly coming from days long past. Disgusting jokes are constantly thrown out, with few landing. The film is also built on stereotypes of both Africans and African American which, combined with multiple crazy storylines, makes for a terribly convoluted plot with too many plot holes to count.

Leslie Jones, who is normally hilarious, seemed like an exaggerated form of herself. With terrible writing and comedy, not even Leslie Jones could come off funny, instead coming off as an annoying and loud caricature of herself.

In a comedy one would be wise to expect some jokes, but “Coming 2 America” takes it over the top. There is not a minute that goes by without a joke. This would be fine, if any of the jokes landed. The disgusting humor used constantly, despite being rated only PG-13, makes for either cheap laughs or none at all. There is also no subtlety in this movie’s humor, with jokes seemingly being explained in case someone in the back missed it.

“The only time people explain their jokes is when they have completely failed at comedy,” sophomore Parker Grossman said.

The plot in this film is a complete mess. There are roughly three different minor plots that all attempt to connect with the primary plot of Akeem reconnecting with his American son. To make things worse, some of the minor plots are solely based on stereotypes of Africans and African Americans. There is nothing worse than stereotypes, and these particular ones are thrown in the faces of viewers for the entire duration of the 108 minute movie.

“I was not expecting the amount of stereotyping that happened in this movie; it was appalling,” sophomore Nathaniel Leiva said.

All of these terrible elements, mixed with the bland presentation, makes for a terrible movie to watch. There is no appeal to a movie like this, with stereotyping, sickeningly unfunny humor, and a terrible plot. This movie is offensively bad, and sets the movie industry back decades. Adding on to this trainwreck of a film, the beloved original had no need for a sequel; it was fine being a one-off. There was absolutely no demand for a sequel to the 80s classic. The original should have been left in the annals of movie history, instead of being brought down by an offensively bad film that makes the viewer seriously question the validity of filmmaking as an art form.