“Selena: the Series”: Lackluster Representation of a Phenomenal Artist 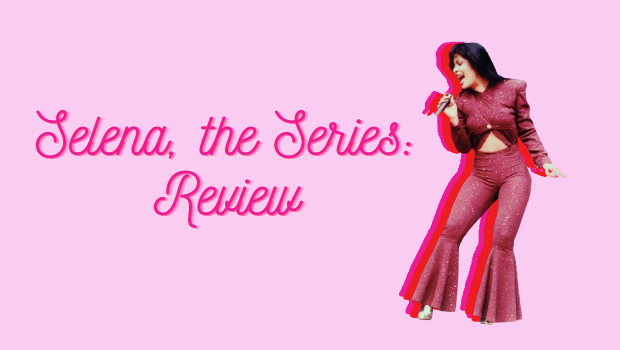 “Selena: The Series”, the highly anticipated show of the beloved Selena Quintanilla, a Mexican-American artist who before her death captured the hearts and minds of many. Needless to say, I expected so much more from this show. It fell short of expectations. It was not… atrocious, it was just barely adequate. From downplaying important, essential moments to erasing Selena from her own story, there are a lot of things that this show got wrong and whenever they did do something right, it was very weak.

Firstly, for a show titled “Selena: The Series,” Part 1 had very little Selena. This season was more about AB and Abraham, her brother and father. There is nothing wrong with featuring the other members of the Quintanilla family, and it can be very insightful but the simple truth of the matter is that Selena was treated like a side-character in a show named after her. Compared to the movie of the same name, released in 1997, “Selena” the show is unorganized and… messy.

“I think directors should try portraying the lives of the people they are basing the movies off as accurately as possible, so it can honor them and the impact they left on the world,” freshman Carolina Castro said. (pull quote)

Additionally, the Quintanilla life was not all glamour and sparkle, especially at the beginning. The show intends to show the truth and the hardships, but said hardships were rushed. Selena, AB, and Suzette’s childhoods encompassed the grand total of 1 episode in a 9 episode season, while stuff like going on tours had at least 1.5 episodes dedicated to them. However, it is important to mention that whenever these tribulations did come on, Abraham, her father, always had some inspirational quote to say. And while it might’ve come out a little sappy, it was simply adorable and showed that despite him being on the strict side, he still had a heart, deeply cared for his children, and looked out for them in the best ways he could. In interviews, his children describe him as being this way so his character was extremely well written.

“I usually appreciate it when the audience gets to see the hardships faced in biographical shows because we all know about their success, so it’s a lot more interesting to see how they got there,” freshman Steffi Sarmiento-Mena said.

There are some parts I liked though. For example, in some parts, the editors made it so that the scene resembled the quality of an 80’s film camera. There were also some points where there was a nearly invisible transition in quality. It was subtle, yet so effective and added a lot to the setting. The wardrobe, the hairstyles, and the music choice were all extremely well-put together and thought out. They managed to capture through the screen the innovative and eccentric fashion that was seen throughout the late 70’s and 80’s. Moreover, the actress who played Selena, Christian Serratos, did an astonishing job at portraying her. Even though, in this part, Selena was treated like a side character, her personality still draws the viewer’s eye. Whenever she spoke, all eyes were on Selena, even if the main focus of the scene was a telecaster or a conversation between AB and Abraham.

Overall, it was not a total disappointment, but it definitely could have been stronger. You could watch the 2 hour film from 1997 and get a more in depth understanding about the life of Selena then you would get from “Selena: The Series.” Netflix should actually be showing more in the second part. More of the supposed main character, more of hardships, more of the family and their dynamic relationships. Oh, and more inspirational dad quotes.