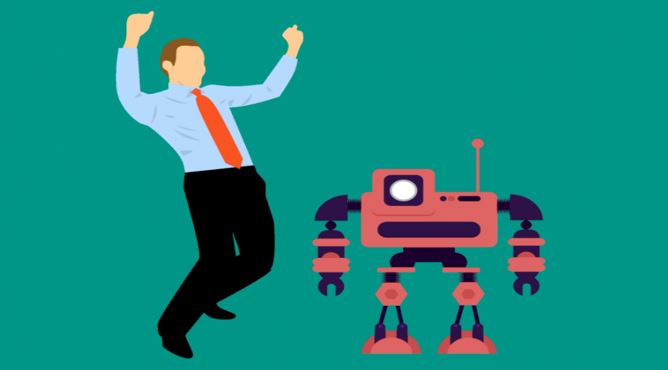 The robots in the movie are life size and up to 8'5" feet tall.

“Real Steel” has been around for quite some time– released in 2011, it was popular when it first premiered. As time went by people started to forget about it. On Sept. 24, the movie hit the Netflix theaters and peaked at number 3 on Netflix’s Top Ten Movies. Ironically, the movie is set in the year 2020 and is similar to the “Rocky” Film series–a story about an underdog rising in rank–in this case though, it focuses on a robot named Atom rather than a boxer. Throughout the story we follow Atom, Charlie and his son in their futuristic world where people got sick of regular boxing and instead turned to robot fighting.

The main protagonist, former boxer Charlie Kenton ranked up a lot of debt due to his ambitions in robot fighting. When a cash opportunity presented itself, Charlie took it- even if it meant signing away custody of his son Max. Charlie then made a deal with Max’s aunt to have Max over the summer. As the story progresses, Max ends up finding a beat-up sparring bot, Atom in a junkyard. Once Max enters Atom into robot fights, Charlie and Max begin to bond. Charlie does not know much about his son, but through their love for robots, they build a relationship with one another.

The visuals in the movie were extraordinary. The robots in the movie looked realistic, especially when you felt the pressure in the fighting scenes. In the ending of the film you can see the heart and soul of the movie as you emotionally connect to the characters and the passion of the director. Eventually, you will start to root for Atom and adore the realistic robot-boxing scenes. However, besides the movie having robot fighting and futuristic computers the film qualifies as Action more than Science Fiction.

While the movie might have three well developed characters the rest were a bit lacking in context or were just unnecessary. One of the supporting characters, Ricky (Kevin Durand) is a cliche cowboy villain who went against everything Charlie Kenton did. Him, along with Bailey Tallent who was Charlie Kent’s love interest, frankly did not contribute anything to the pThe romance between Charlie Kent and Bailey Tallent was unnecessary as well.

“[‘Real Steel’]is a classic underdog story. It does not really delve into anything deeper meaning it is just hard work paying off. Essentially this is the entire movie,” junior Aaron Nogues said.

“Real Steel” has a lot of emotion laid beneath the action-packed plot. This is a perfect family movie or even an interesting watch if you enjoy Mixed Martial Arts or boxing. The movie deserves an A- because it had a strong emotional appeal to the audience who was left in tears with some rudimentary background characters.