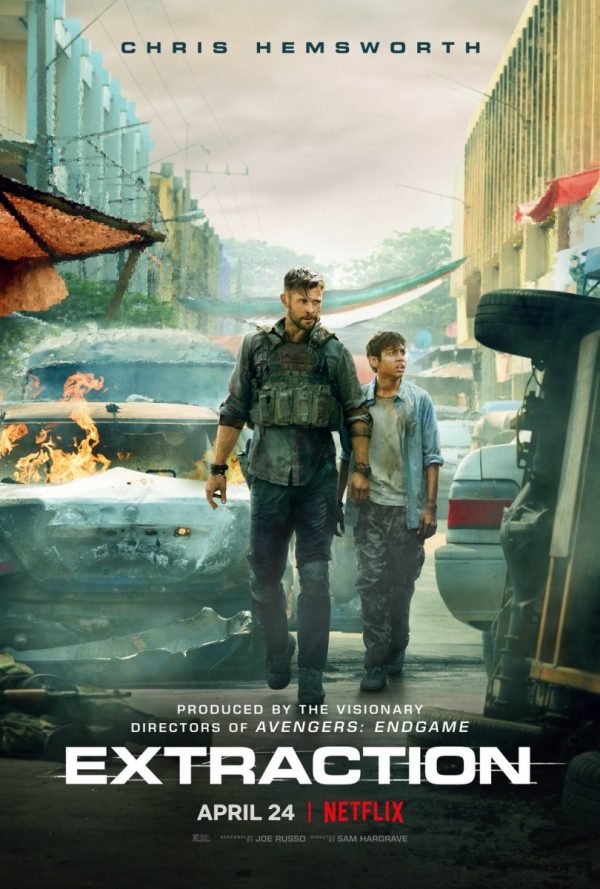 “Extraction” is a new action thriller that depicts a hardened mercenary’s mission to rescue a drug lord’s kidnapped son who was taken to Bangladesh. In the murky underworld of weapon dealers and drug traffickers, an already deadly mission turns impossible.

Ovi Mahajan is an adolescent son of an imprisoned Mumbai gangster who is kidnapped by his father’s rival, Amir Asif.  This then puts Ovi’s guardian, Saju in serious danger. Mahajan Sr. was unable to pay the ransom and therefore Tyler Rike was enlisted to rescue his kid. Rike was informed of the mission thanks to his colleague Nik Khan. Probability of success is low, but the tough-as-nails mercenary was in the need for money and an escape from the hazy flashbacks that were interspersed throughout the first half of the movie. These flashbacks were portrayed foggy and out of focus in the beginning of the movie to represent what is believed to be the cloudiness of Rake’s conscious, but as the movie goes on the flashbacks become clearer to symbolize Rake’s change of heart and the rise of his paternal instincts.

“I thought that the way the movie was filmed was extremely well. Every scene looked as if it was carefully and strategically edited to perfection,” freshman Valerian Galeanno said.

Tyler Rake represents all of the action movies most formidable characters who never miss a shot and never shy away during the most extreme and deadly circumstances. Chris Hemsworth portrays the character extremely well, performing his stunts to perfection. Every punch, jump or tumble was performed to the degree that was almost indistinguishable from real life. Although Rake originally comes across as a hard shelled fighter that no one can push around, the further the movie goes on, the viewers are introduced to a more paternal side of the character. After the mission becomes compromised and the risk of his own life are put into jeopardy, Rake refuses to abandon Ovi, which was not that much of a surprise due to the way the the script built the character.

“Even though the movie was incredibly violent and did have a lot of gore, I enjoyed every second of the movie and it was so great to see how all of the characters developed,” junior Neil Toloza said.

Rake is later put into even more strife when Saju is running his own extraction plan at his boss’s command as well as facing an army of Amir’s vicious killers. Those fight scenes were filmed as if the viewer was right there watching every move close up.

Overall, the movie showcases the lengths that some will go to in order to protect the life of an innocent boy, put in harms way due to the illegal acts committed by his father. “Extraction” includes incredibly lifelike gore and violence that can only be found in a truly exceptional action thriller. The movie’s script and acting were perfect, switching in and out of English and Indian to bring out the more cultural aspect in the whole plot and plot development.