Joker Has the Final Laugh 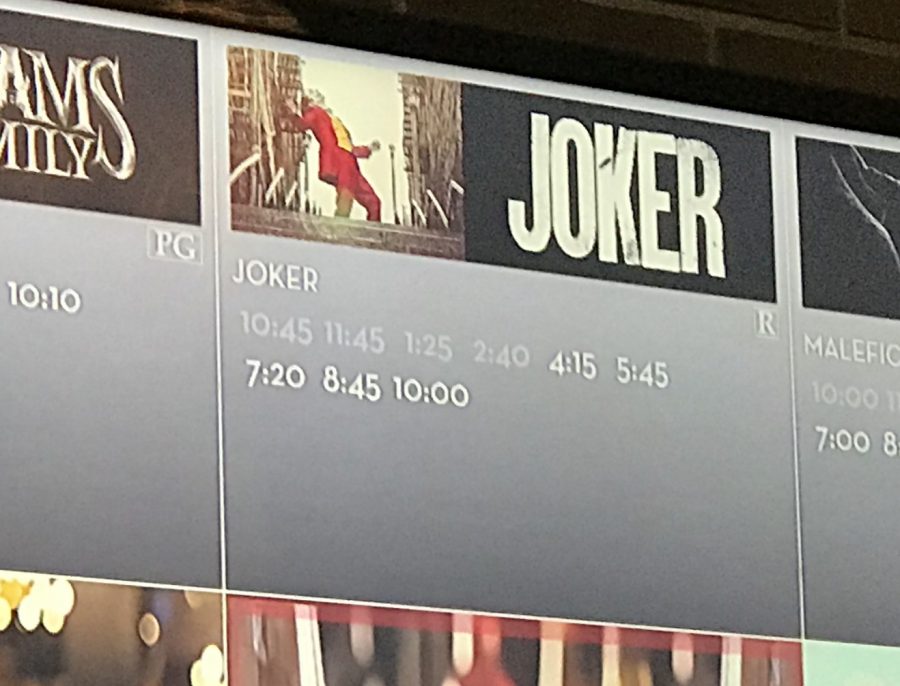 The Joker, an infamous comic book villain typically found fighting Batman, is the main character in Todd Phillips’ film explaining an entirely new take on his backstory. Originally, the Joker fell into a vat of comically green acid. Now, his backstory is much more humane and sympathetic, stirring up controversy. This, and the apparent support for this character and his actions in the film, appear to be the only flaw in this entire movie and what is keeping it from perfection.

The movie “Joker” seems to take place in the late 1970s or early 1980s, though the year is never specified throughout the film. The movie follows Arthur Fleck, played by Joaquin Phoenix. He is disliked by people on the streets for being a clown and at his job for having some sort of mental disability. One of his co-workers gives him a gun and he acquires a taste for killing people.

The best thing about the movie was definitely Joaquin Phoenix’s acting. He lost 52 pounds for the role, something that only a dedicated actor would do. He also portrayed a mentally ill man very accurately and made the downfall of his life very believable. The way he constricted his body and laughed was haunting. His performance was like nothing else and arguably deserves the Oscar for best actor.

All of the audio was exquisite. The music was creepy and was able to fit perfectly everywhere it was used. The atmospheric music was also very unsettling. The gunshots were extremely loud, illustrating the impact that they had. They were also used quite sparingly, which helped make them even more impactful. The audio never felt over-the-top and the music was never intrusive.

“I liked the music, possibly because I like Frank Sinatra style music, or maybe because it just fit so well,” freshman Alastor Barrabes said.

Visually stunning would be an understatement for the color and cinematography of this movie. The color often subtly changed for the emotion of the scene. Fire, when used, was made to pop out of a dark background. The cinematography was beautiful. The shots were amazing to look at and were changed up enough that it never felt boring. The movie had a very distinctive style in its cinematography that made it seem as though a person were looking at the events from nearby. The closer shots of Phoenix’s face were refreshing compared to this. They highlighted his emotion and changes of it well.

“The waviness of the camera gave me an unsettling feeling throughout the movie, I am also quick to sea sickness so maybe that is why,” freshman Nathaniel Leiva said.

One major flaw in the movie is that the intentions of the movie are hard to understand. It could be interpreted as supporting Arthur Fleck’s point of view and actions. There are points in the movie where it seems as though the movie is taking Fleck’s side, as well as making the audience somewhat sympathetic towards him. There are also points in the movie in which it seems to make fun of him, or take the opposite side. It is confusing for audiences and has caused the controversy that has been reported worldwide.

Realistically, the movie “Joker” could win Oscars’ regarding audio, visuals and particularly Joaquin Phoenix’s stunning performance as Arthur Fleck. His performance is eerily realistic and on top of that, he went to great lengths for it. The stylistic cinematography was entertaining and beautiful. The music fit the film perfectly and the sound was impactful. This movie must win an Oscar as it is arguably the best movie of the year.