Once Upon a Time in HollyGOOD: Movie Review 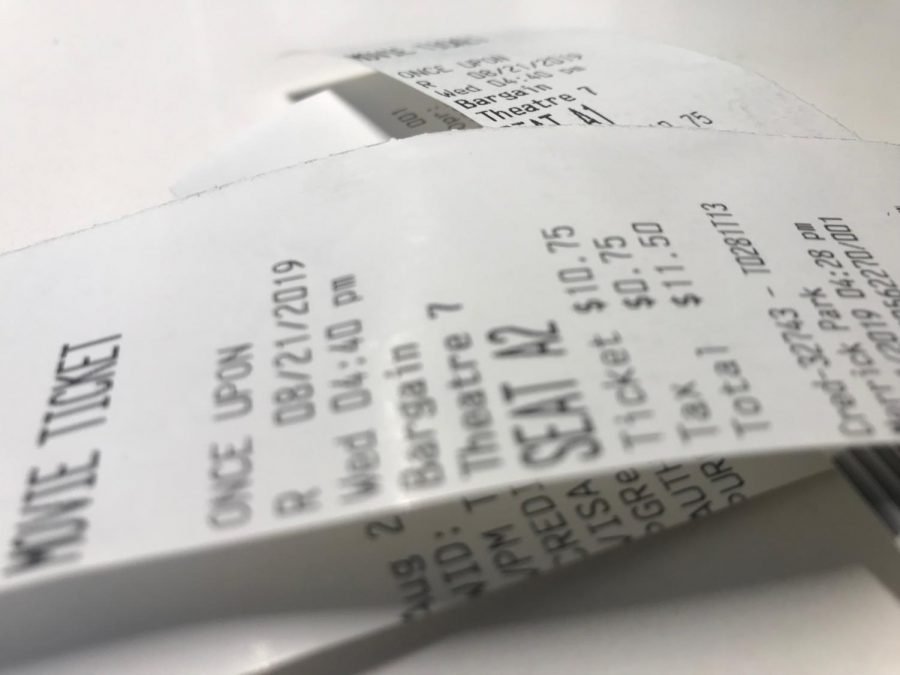 The movie “Once Upon A Time in Hollywood” brings the audience back to 1969, a time of protesting, hippies and an alarming amount of drugs. These features, as well as many others, were heavily included in Quentin Tarantino’s ninth film. In this movie, Leonardo DiCaprio plays a struggling TV actor who strives to become a movie star. Brad Pitt is DiCaprio’s ex-stunt double and right hand man. Margot Robbie plays Sharon Tate, the actress who was killed in the Charles Manson murders. The story follows these three characters as they each experience Hollywood life in different manners. They all go through the events of the movie unbeknownst to the fact that their actions link all of them together.

The entire story took two hours and forty-five minutes to tell. This is considered long when compared to most other movies which tend to be around ninety minutes. Despite this, the entire theater was entertained throughout, and the movie did not bore on.

“The length of the movie was a little disheartening, but I never even thought to check the time,” said freshman Patrick Heydasch.

There is a long list of things the movie executed extremely well. The cinematography flowed beautifully. The movie was gorgeous, to put it simply. From the old movie aesthetic to the cracks of punches thrown, the fantastic editing enhanced the movie experience and was artfully done. The characters were fleshed out so proficiently that it made them seem real, displaying emotion without the use of dialogue. There were multiple times when the dialogue made the movie theater erupt in laughter. There were small details throughout the movie, that one might think were irrelevant, but built up to a perfect conclusion.

Another feature that must be applauded was the music choice throughout the film, as it always fit perfectly into the scene. It was used sometimes as transitions, and other times just to set the mood. In a movie this long, there is always a lot of music since there is time for it. The music of course was 60s music, much of which was quite niche. The music was mainly accompanied by beautiful shots of the inside of the main characters’ cars. It would show them from a side-angle driving around Hollywood, adding greatly to the style of the entire movie, bridging separate scenes and locations.

Despite the great things mentioned above, there were some flaws throughout the movie. The multiple storylines seemed to have no relation, and this was especially obvious with the character Sharon Tate. Her narrative was there from the beginning but seemed to end about half-way through the film. It also rarely connected to the others. The only times it did were when they were in the same place at a similar time. Her entire plotline seemed very unnecessary. There was also no true conclusion, or you could say that Tarantino left things up to interpretation.

“I was expecting for there to be more of Sharon Tate,” said freshman Brian Matute.

Overall, despite the flaws, the pros outweighed the cons to create a movie that was just simply enjoyable and fun. The overall experience was vastly greater than the sum of its parts.