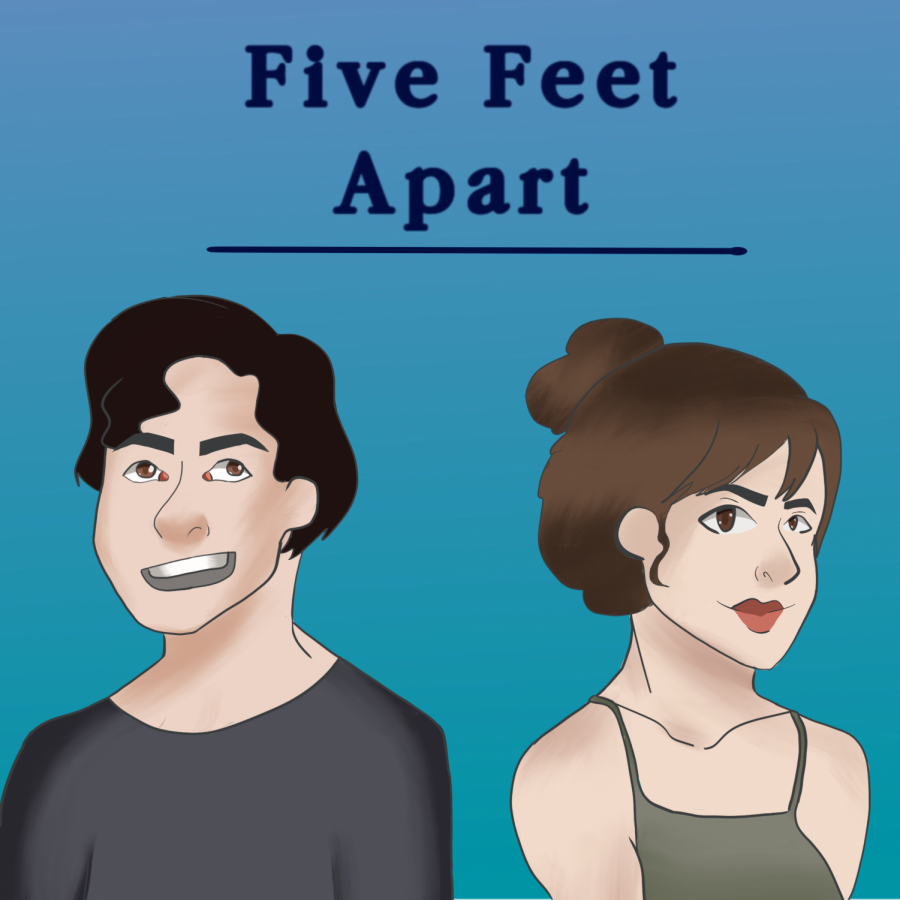 “Five Feet Apart” is a heart-wrenching tale about two teens hospitalized for cystic fibrosis. Stella, a seventeen-year-old girl with cystic fibrosis, leads a life full of scheduling, orderliness and a to-do list. This is a result of her constant need to control everything she can, possibly because of the fact that the illness strips so much of her control from her. Her world is completely turned upside-down when she meets Will, a boy who is frustrated with all of the constant testing and regimens that comes with the illness. Due to their condition, they have to maintain a safe distance, specifically six feet. As their connection begins to grow, the temptation to throw all the rules they have to follow starts to intensify because their desire to be close together blurs the line between what is safe and what is not.

“’Five Feet Apart’ took me on a roller coaster of emotions and just like a roller coaster, I spent most of the time screaming ‘No!’ at the movie screen,” freshman Jana Faour said.

This movie is not an ordinary love story. Their disease shows a completely different perspective on teen relationships. The message of being fortunate for everything you have in life resonates with the audience because of the many drawbacks of having cystic fibrosis depicted in the movie. These two teens also exhibit aspects of real life that are often not depicted on television, such as Stella’s clinically diagnosed Obsessive Compulsive Disorder (OCD). The medical aspect of the movie is also accurate because the symptoms and treatments that the patients went through during the film were real treats.

“Stella and Will are a really cute couple, they are made for each other, they seem to really get each other. Stella is smart and Will is a risk-taker and they have amazing chemistry. I really liked the movie and didn’t see the ending coming,”  freshman Amanda Perez said.

The cinematography of the film perfectly encompasses what it is to be residing in the hospital alongside Will and Stella. The acting from both Cole Sprouse and Haley Lu Richardson is phenomenal, and they exemplified the struggles of being a teen with cystic fibrosis very well. However, the plot and turning points of the film were somewhat predictable, as with most romance movies. Nevertheless, the quality of the movie was not sacrificed and it is still extremely worthwhile to watch.