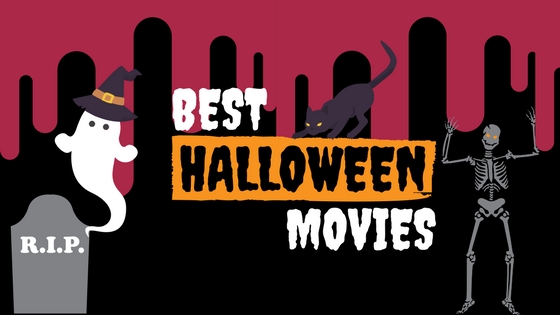 Your go to list for the best Halloween films. From cute throwbacks to scary nightmares. Enjoy! (Gabriella Torna)

Your go to list for the best Halloween films. From cute throwbacks to scary nightmares. Enjoy!

fHalloween is quickly approaching and in only a few days it will be time to get into the Halloween spirit. In other words, it’s time for a “Spook-tober” marathon of the best Halloween movies available. From cute throwbacks to haunting nightmares, these are the top six movies to get your haunt on. Grab your witch’s brew, turn the lights off and snuggle up for a “fang-tastic” Halloween movie marathon.

If you love Tim Burton, then this is a film for you! “Frankenweenie” tells the tale of young scientist Victor Frankenstein and his best furry friend Sparky. When Sparky dies, Frankenstein does what his science teacher told him to do: he brings back Sparky from the dead. This horror/comedy movie will have you crying and laughing from the very beginning.

“Mostly Ghostly: Who Let the Ghost Out?”

If you have ever read R.L. Stine‘s “Goosebumps,” then this is a movie for you. The movie will bring back the many memories of the “Goosebumps” series from your childhood. “Mostly Ghostly” is about how young magician Max Doyle came to meet two ghosts, Nicky and Tara, in the basement of his home. Max must help the two friendly ghosts find their eternal rest, but nothing is as easy as it sounds. R.L Stine makes Halloween movie marathons a must for getting into the spirit. “Most Ghostly” is an amazing film that brings back the good memories of the “Goosebumps” books.

“The Little Vampire” is a cute take on a vampire movie. Tony moves to Scotland with his parents. While living in Scotland, Tony has no friends, and the boys at school bully him. In a turn of events, he meets a little vampire named Rudolph, and the two boys quickly become close. But when a vampire hunter is out to kill Rudolph and his family, Tony must do what he can to save his best friend, the little vampire. This movie is an amazing throwback film to watch with the whole family.

Be prepared for restless nights: “The Conjuring” will bring spine-chilling feelings that only the brave can endure. If you are home alone and in need of some company, watching this movie will definitely make you feel a little less lonely- but that’s not necessarily a good thing. “The Conjuring” is based on a true story that took place in 1970: two paranormal investigators were called down to Carolyn and Roger Perron’s farmhouse where the Perrons reported supernatural appearances. If you like scary movies then this is the one for you. “The Conjuring” is full of scary moments that will give you a rush of adrenaline, but be warned: this is not a movie for the faint of heart.

With “Scream,” you are in for a cliche scare. It’s so easy to predict all the characters’ moves, which isn’t the best quality when it comes to scary movies. In the town of Woodsboro, a psychopath is on the loose. No one is safe as victims are stalked and taunted until they die. This 1996 slasher film is perfect for a classic Halloween movie marathon, but not if you dislike a predictable film. This movie is more comical than scary, but what Halloween movie list is complete without a slasher film? Even though the movie is cliche and predictable at best, it still provides a few scares and laughs.

“I think this is a really meta-movie, in which the psychopath knows all about horror movies, and the characters do really predictable things that are always done in horror movies,” junior Lucianne Vivas said.

“Edward Scissorhands” is a Halloween classic. No Halloween marathon is complete without this amazing movie. In the movie, the scientist that created Edward dies, and Edward is left with a scary appearance: he has scissor blades for fingers. Saleswoman Peg finds Edward and takes him home where he begins to fall for Pegs teenage daughter. “Edward Scissorhands” is the perfect movie to watch with friends on Halloween.

“’Edward Scissorhands’ is great for a Halloween marathon. Halloween is all about being scary and weird, and, although in the movie Edward is shunned for being different, they eventually accept him as he is. They realize that being unique is a great quality; the movie portrays how being different is a good thing,” sophomore Kirsten Martinez said.

Ghouls and witches, these top six movies are sure to make your Halloween night as amazing as it can be. The films will get you in the Halloween spirit faster than you can say boo! Put the films in, sit back and relax for a frightful night. 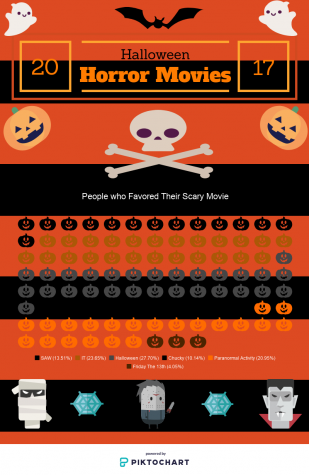