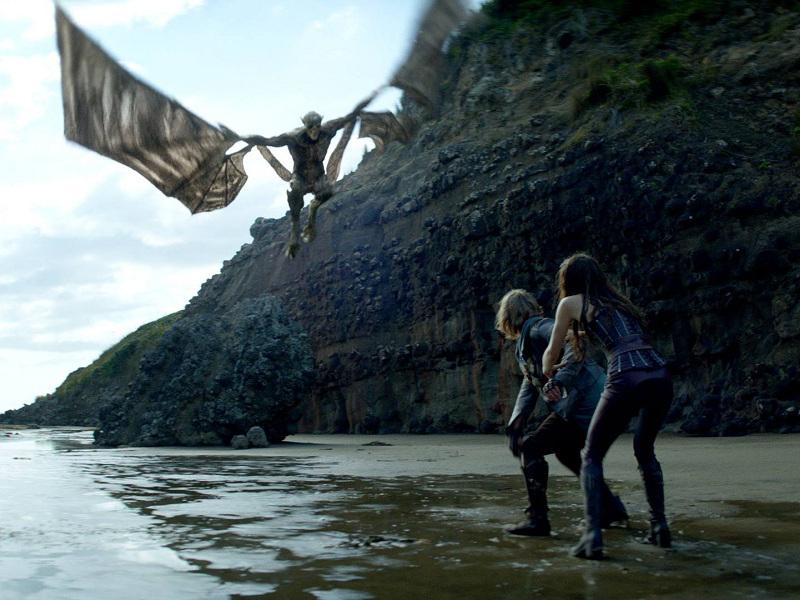 Watch out all book lovers, the book series The Shannara Chronicles has been turned into a TV show.

Meet Will Ohmsford [Butler] and Amberele Elessedil [Drayton] who themselves have just met. Now, Amberele must save “The Four Lands” and the Ellcrys with Will’s help before all of the demons take over. The first episode follows Amberle and Will around as they go on to their conquest.

Even though the TV series hasn’t been out for long, there are a lot of people already raving about it. The staff that worked on it made sure that you will be captivated in the first episode, which is action-packed and dramatic. In this episode, watchers can expect to be inundated by the background information about how the Ellcrys are the only source of magic that protects the Four Lands from the Demon World. The viewers will experience a lot of flashbacks that explain what happened to the first Ellcrys.

The best part of the show is that it is always entertaining. The characters make the watchers fall in love with the show since they are so intriguing. The most intriguing character is the antagonist, Dagda Mor, who is the most powerful demon locked inside “The Forbidding”. The sets and special effects make the fans feel like they are there experiencing it. All of these qualities make the show watchable and enjoyable.

“The Shannara Chronicles is a well-produced show that lives up to the books. It’s eye-catching and exciting and at the end of every episode it leaves you wanting more,” freshman Jazmin Gonzalez said.

If you are a lover of fantasy, adventure and sci-fi, make sure to tune in on Tuesday nights at 10 p.m. to watch the show.