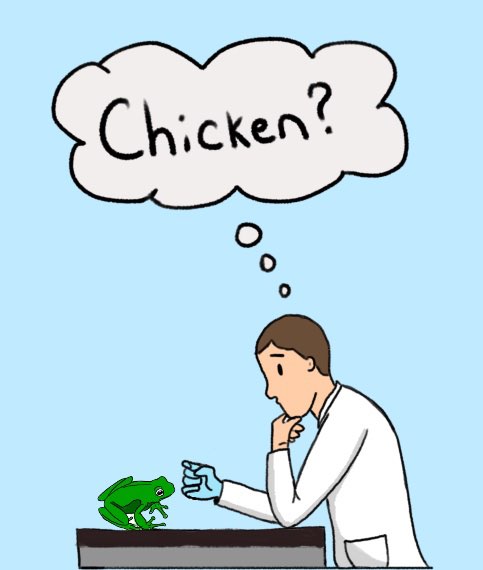 Naming animals are no easy task, but some of them miss the mark by a lot. Here are just a few of the names that make little to no sense.

The animal kingdom consists of billions of organisms with very interesting characteristics. With some being able to camouflage or some utilizing feces as a food source, each organism has a part to play in the ecosystem. Naming these organisms is no easy task, but there are some names that if the animals understood would probably get a court order to change it. It often stumps individuals as to what was going through the minds of the people who created the names.

Aye Aye
Although this animal has a pretty awful name, it is understandable where it comes from. This creature is my sleep paralysis demon. Its small size with large beady eyes that steal the souls of anyone who looks in them and fingers that inspired fictional characters like Freddy Kruger and Edward Scissorhands. The first person who discovered this animal was probably shouting “AYE AYE” and that is a valid reaction to this gremlin of a primate.

Red Panda
Identifying things by color is something people have done since kindergarten yet the people who named the red panda got both the panda aspect and the color aspect incorrect. First of all the “panda” is as orange as former president Trump. Secondly, it looks nothing like a panda if anything it could be classified as a ferret or possibly a racoon. Thirdly, they have become endangered due to various reasons, one of them being depression; if I was horribly classified like this I would be depressed as well.

Gorilla Gorilla Gorilla
This is the scientific name of a western lowland gorilla. Every scientific name of Gorilla subspecies include some type of repetition, however the western lowland gorilla is unoriginal and a sign of disrespect to an incredible species. Being creative is difficult, but this name could have easily been created by anyone or the person just suffers with a severe stutter.
“This name is completely unprofessional and lazy to one of the best animals in the animal kingdom,” freshman Alessandro Moran said.

Screaming Hairy Armadillo
Who could have thought a name could be a phrase. Some very meticulous observations were needed to come up with this name. Even though it is a childish name, it at least helps picture the characteristics of the animal. Its characteristics would make a great addition to my singing monsters.

White bellied go-away-bird
It was surprising enough that a name could be a phrase, but this is a whole sentence. This bird has a nasally voice that sounds upset and sarcastic. It probably got its name by how annoying the call of the bird is and someone yelled “go away” and a light bulb shined because they believed it was a “good” name. There were several better names that could have been chosen like maybe irritating bird since there is a mockingbird or, better yet, Tucker Carlson.

Mountain Chicken
This name makes absolutely no sense. This name would not matter if it was a human (although you must hate your child if you want to name them this) but this name was given to a frog. A frog and a chicken are not even in the same animal class; one is a bird and another is an amphibian. Whoever approved of this must be severely visually impaired, intoxicated or failed the first grade. If people can just name animals whatever then the first thing that should be changed is making a whale and a dolphin a fish and naming an alligator a “British crocodile” because the only way to distinguish the two is teeth and snouts.