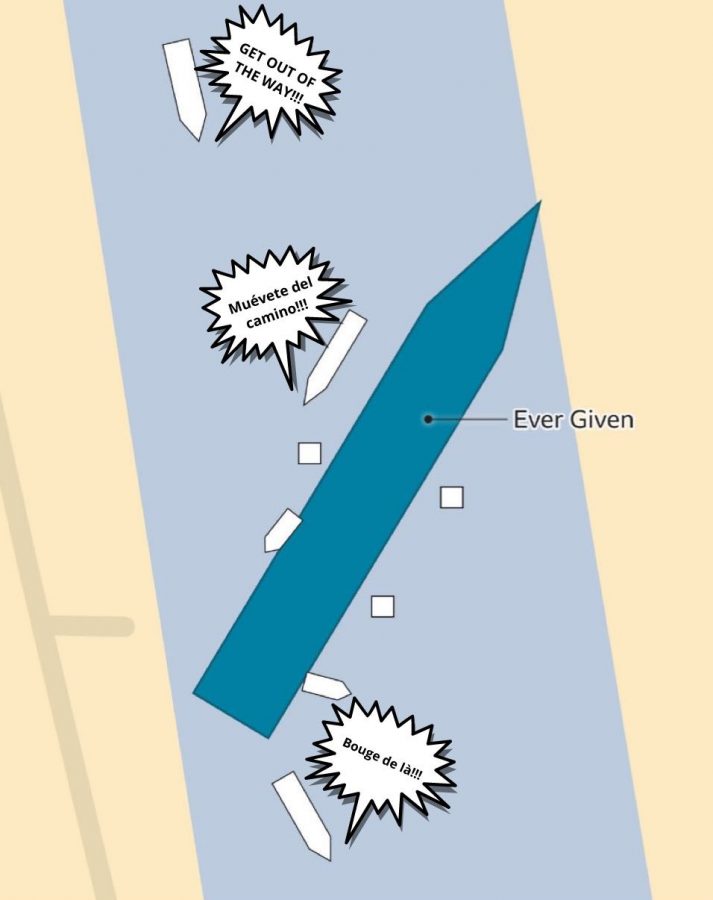 The Suez Canal was blocked by a huge cargo ship, Ever Given, that gave several problems internationally.

International shipping has come to a speeding halt due to the blockade of a huge cargo ship. On March 23, 2021 the Ever Given gave millions of people around the world headaches and shipping delays by blocking the Suez Canal. The Suez Canal is a man-made waterway enabling a more direct route for shipping between Europe and Asia, making it a waterway vital for international trade.

This was shocking news because most people including myself could not believe that there could be traffic in the ocean. Over the course of the six days that the ship was stuck, it made Miami traffic look like a toddler in terms of economic damage and delay. Not even the I-95 has created such problems since it was released in 1976. Due to the blockade, hundreds of millions of dollars were lost every hour, stock brokers still did not lose as much compared to the Gamestop stocks surprisingly.

The reason for the ship being stuck was because of “high winds and a sandstorm” which sounds like a convenient excuse. The main reason was most likely distraction by a cellular device, which is valid because google maps sometimes does become a hassle to use. Why else would the captain of the ship try to attempt a u-turn with a ship almost the size of the Empire State Building?

During the span of five days, there were several matters that detracted from the world’s focus on the Suez Canalsuch as Lil Nas X releasing his new music video. Another theory: was the captain watching the Lil Nas X video while making the U-turn? There were also bulldozers to help dig out the colossal ship. The only issue with that is they are not thinking outside the box; instead, they should have located the wrecking ball from the Miley Cyrus video to help fix the Suez Canal. On March 29, the Ever Given was unstuck and once again on its way to deliver its thousands of containers.

“It is kinda scary because it had a lot of resources that we need and those winds must have been powerful but I am glad it is unstuck now,” sophomore Alessandro Moran said.