The PS5 – A True Next Generation Console 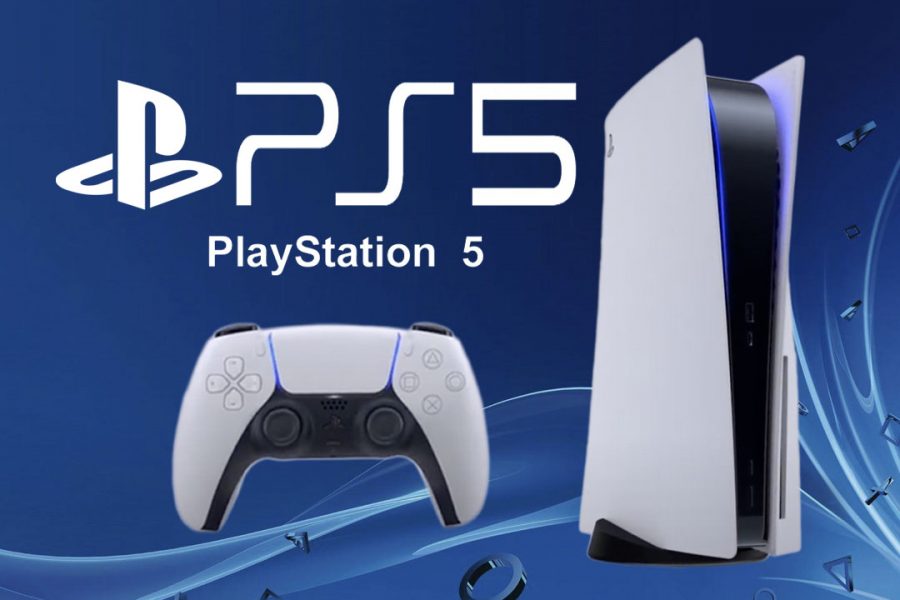 The PS5 is the latest Sony console and is the true step into the next generation of gaming.

Sony has finally released the long-awaited and exciting console, the PlayStation 5. With Sony releasing the PS5, it marks the official end of the PS4 era, making a run of seven years. The PS5 lives up to user expectations, with only several minor flaws.

The PS5’s size and shape are unmatched. For some users, this made it difficult to find a spot that it would fit in, but the minor issue is worth the sacrifice for the console’s design aspects. The design of the console flaunts itself as the true next-generation of gaming. The box comes with the console, an HDMI 2.1 cable, meaning it can output 4K resolution at 120Hz. The box also comes with a USB-C cable and the new DualSense controller.

Sony’s next-gen controller is the DualSense, which is named as such because the controller contains haptic feedback, a way to physically feel feedback while playing games. The second feature in the new DualSense is the adaptive triggers. These triggers will resist and create tension based on the in-game gear used, such as a racing car’s brakes or a gun’s trigger. The haptic feedback plus the adaptive triggers create an immersing way to get closer to the game that is being played. The only drawback of the triggers is that it causes discomfort, pressing hard to perform an action. Overall, the controller is exceptionally comfortable and the new features help it excel.

“Playing with the new generation of DualSense, it is extremely fun to mess around with the triggers and have them react very realistically,” sophomore Nathaniel Leiva said.

The specs and output of the PS5 are extremely impressive for only being a $500 console. The system’s maximum output is 8K; however, it will be a few years until game developers touch that resolution. 8K is exceptionally new and the only TVs compatible with 8K cost thousands of dollars. The SSD of the PS5 is extremely quick. It is a remarkable difference compared to the PS4. It loads up games nearly instantly and makes navigating the new User Interface a breeze. For the time being, the PS5 can output 4K 120Hz, an impressive feature for the console costing $500. To even attempt to get the same output on PC will easily cost a couple of thousand dollars. The price of the PS5 is very consumer-friendly for the specs that come with it.

While all of these new features are exciting, the launch of the console is an extremely disappointing one. It is a free-for-all with scalpers who use bots to instantly purchase hundreds of PS5s and regular consumers who want to experience the new gaming generation. It is very similar to the launch of the RTX 3080, which sold out in mere seconds. Before Sony launched the console, they announced that retailers would only be allowed to sell online to prevent an unnecessary spread of COVID-19.

When the console launched, scalpers would instantly scoop up all the stock using bots, making it still very difficult to buy a PS5. This has caused a massive backlash against Sony’s poor attempt to release the PS5. It is still challenging to purchase one as retailers randomly drop the console and the site crashes, or it is instantly out of stock. Scalpers would list the PS5s they bought on eBay for a drastic markup above MSRP. A notable case of a scalper bragged on Twitter about having hundreds of PS5s and marking them up heavily. They then had their location leaked online and soon, someone claimed to have robbed them with proof. The robber then sold all of the PS5s for $200.

“Attempting to buy a PS5 is probably the most difficult thing to do, it requires so much patience to wait for the right time when one retailer will drop, but the PS5s will be gone in a minute or two,” sophomore Carlos Rocha said.

Overall, the PS5 is the real next generation of gaming. If you can manage to get your hands on it, the PS5 is a drastic improvement from the PS4 and a must-have for those who want to enjoy high-quality gaming for a fair price. The PS5 only has minor flaws, but that does not hold it back from being a genuine step toward the next generation of gaming.